Telcos, broadcasters, Google and Apple: Who will win the content race? 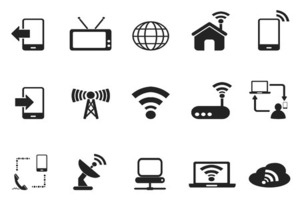 One of the only certainties in this restructuring and still unstable market, says analyst Florence Le Borgne at IDATE DigiWorld, is that the value travels all along the audiovisual chain up to production and ownership of video content.

Vertical integration along the value chain on the rise

In recent years there has been an uptick in vertical integration operations along the value chain, particularly by companies uninvolved in these activities a decade ago. These are companies like Google, Apple, Facebook, Amazon and Microsoft, sometimes lumped together with the acronym GAFAM.

For example, alongside TV channel broadcasters (who are increasingly acquiring audiovisual production companies or companies specialising in OTT video), telecom operators have been particularly active in buying sports rights, movie rights and series so they can create TV channels or OTT services, and in buying or creating audiovisual and/or movie production companies. Takeovers of media groups by telecom operators, although rare, have raised questions since the early 2000s on the potential success of an “infrastructure-content convergence” strategy.

Finally, the arrival of internet players has introduced new competition: the audiovisual market, until now essentially a domestic market, has become increasingly internationalised as it is driven by players, primarily US-based, with the ability to address a wide international audience and therefore acquire rights on a near global scale. Although all players share a common interest in video content, it does not play an equal role in the strategies of these three main categories of player.

For telecom operators, pursuing a content strategy is not an end in itself; rather it serves to drive broadband subscription growth, both fixed and mobile. Although the approaches of the major operators vary considerably, especially regarding the national pay-TV landscape, the costs associated with implementing these strategies can be regarded as marketing costs, at least in part. The TV activity is not necessarily intended to be directly profitable, it is more important as a means to attract new customers or retain existing customers.

Pay-TV threatened by a scissors effect

Television channels and broadcasters, on the other hand, need content distribution to be profitable. The current escalation in premium rights ownership is impacting pay-TV broadcasters more than FTA broadcasters.

Pay-TV channels, whose business model is based on owning exclusive premium rights, are threatened by a scissors effect on margins due to rising costs associated with increased competition, and potential revenue loss as low-cost competing offerings drive prices down. FTA broadcasters are less at risk from this competition and could find growth potential in broader exploitation of content, via TV and OTT, by integrating the production segment.

Internet players sit on both sides of the fence: some regard content distribution is an ancillary activity, designed to grow their audience, increase traffic to a website, increase consumption on e-commerce sites, or sell equipment; and some regard content distribution as their core business and face similar challenges as traditional media players.

Interest in convergence between telcos and content providers, but with reservations

Although the idea of convergence between networks and content is not new and was not deemed successful 15 years ago, the environment back then was very different to the current one.

The evolution of telecom networks, the widespread use of mobile screens and changing consumption patterns have in theory created a more favourable environment for integration or stronger partnerships between content stakeholders and network providers:

Ultimately, a certain balance of power is likely to prevail, but the escalation of rights ownership will be dangerous for certain players and detrimental to consumers. 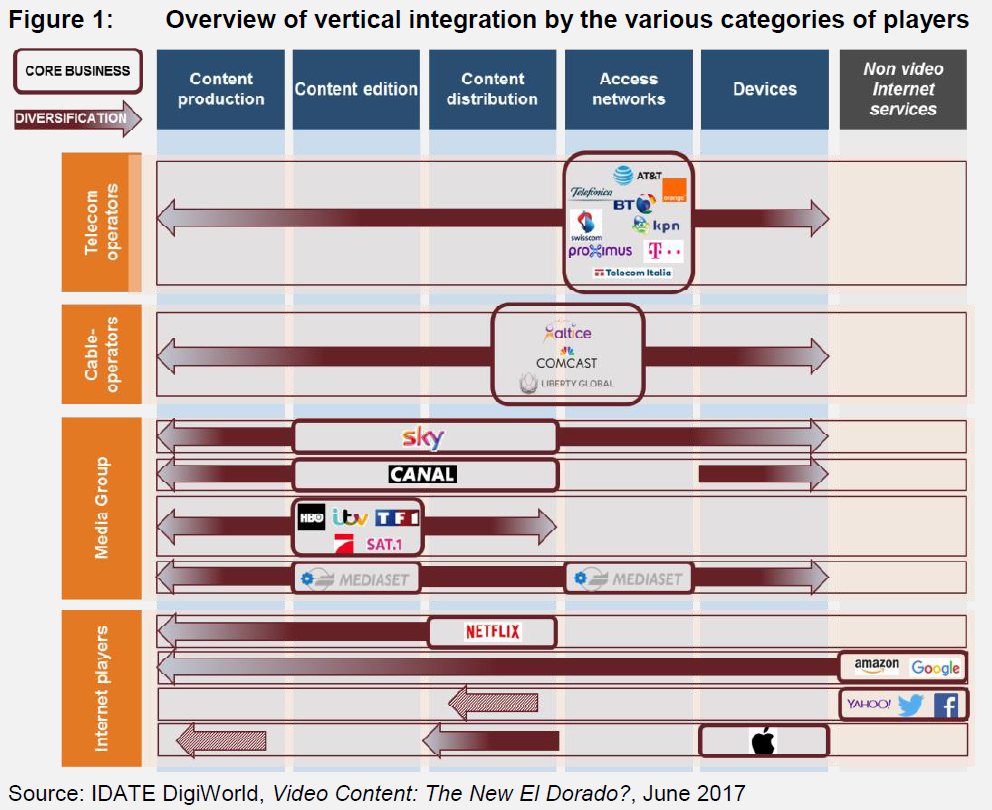