Why spectrum is not bathwater 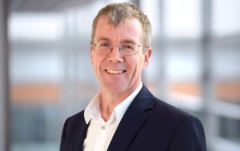 Share spectrum, and share it again, but don’t throw the baby out with it, writes Nick Johnson, the chief technology officer of ip.access.

Spectrum is valuable property, and how to get the best out of it has been a live issue for decades. A bit like land, some is private and exclusive; some is public, held in common. The economy of many parts of the world before the industrial revolution was based on the exploitation of common resources – everyone in a community had grazing rights for their animals, could gather firewood, draw from the well. But the rich and powerful, bit by bit, fenced off the best land, drove the commoners off it, and exploited it for their own profit.

Translate that into 21st century spectrum terms. We have a lot of unlicensed spectrum in various bands held in common for Wi-Fi, Bluetooth, Sigfox, Lora, Zigbee and so on. Even LTE is adapting itself to play nice with the other kids on the common by introducing the Listen-Before-Talk (LBT) feature.

We have a new and refreshing example extending this model, with the FCC in the US making rules to share 150MHz of 3.5GHz spectrum for LTE – the Citizens Broadband Radio Service (CBRS). The CBRS Alliance represents a cluster of innovative companies around this common property – all the quality benefits of licensed spectrum, with the cost and ease of access of unlicensed. Many industry giants and fast-moving startups can see the commercial possibilities of this model – allowing cellular quality access at costs the existing spectrum license models can only dream of.

Even in Europe, the spectrum sharing bandwagon is rolling, with the recent publication of the LSA client-server interface specification.

While ETSI has published the LSA stage 3 specification, activity in Europe is practically at a standstill, with trials completing, and no concrete deployment plans in sight. And T-Mobile US recently petitioned the FCC to roll back CBRS to essentially become private spectrum again.

Seems like we’re back in the eighteenth century, watching our common land being enclosed again.

But is that such a bad thing?

While many point out the social injustice of enclosure, others remind us that this painful and sometimes bloody period forced us out of rural poverty and into the industrial revolution whose prosperity we enjoy today. Should we therefore welcome T-Mobile’s initiative as a catalyst for Industry 4.0?

Historical analogies can be fun, but they can also mislead. While T-Mobile’s proposals claim to propel us towards 5G, they are in reality a thinly-veiled plea to the FCC to bolster their position in licensed spectrum, to stifle any potential competitor at birth, to fence off the best spectrum, to drive GAA users away to the thinnest, stoniest ground.

To take two concrete examples: billions of square feet of enterprise space are going uncovered because operators are fixated on “owning the customer” without caring that the enterprise customer doesn’t want to be owned. The enterprise needs to serve all its people, not just one operator’s worth. And beyond the enterprise, rural communities are becoming more and more isolated because the mobile operators cannot afford to reach them. The CBRS innovation offers the business models and cost structures for Neutral Hosts to solve these issues. Allowing the whole of the CBRS band to be Priority Access licensed changes these situations not a bit.

Fortunately, regulators around the world recognise these cases where traditional competition is failing the consumer and are preparing to rule accordingly. As the FCC readies its response to T-Mobile’s anti-innovation petition, let’s do what we can to make sure it doesn’t throw the baby out with the bathwater.