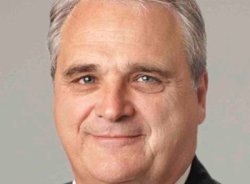 Randall A. Wotring of AECOM

With more than 30 years of experience in the engineering and construction industry, Mr. Wotring was promoted in September 2016 to group president, Technical and Operational Services. At AECOM, he has led the growth of the company’s federal services business with the U.S. Departments of Defense, Homeland Security and Energy.

Further, he has directed integrating and expanding AECOM’s government support, nuclear decommissioning and cybersecurity capabilities with other core services and into new markets. He joined AECOM from URS Corporation where he previously served as president of Federal Services.

In conjunction with this appointment, AECOM also announced that Stephen M. Kadenacy is leaving his position as president and chief operating officer. Mr. Kadenacy’s departure is not related to any adverse change in the Company’s business.

“I am pleased to welcome Randy to his new role. His experience as a leader in our industry will be invaluable toward fully capitalising on the substantial momentum across our diverse business and pursuing our design, build, finance and operate vision,” said Michael S. Burke, AECOM’s chairman and chief executive officer. “We value the contributions Steve has made at AECOM over the last 10 years and wish him well in his future endeavors.’’

In his new role, Mr. Wotring will continue reporting to Mr. Burke.