Where are the new business models that will transform CSPs? Or is their future like Woolworth’s? 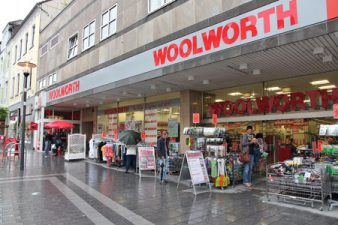 Robin Kent is urged by Jeremy Cowan to think the unthinkable about telcos’ future. The Adax director still can’t foresee the fundamental change of business model that telcos urgently need.

Jeremy Cowan: Are you optimistic about the range of services that telcos are going to be able to offer and the way they offer them? Are we as subscribers being well-served?

Robin Kent: The answer to that is, as a subscriber, in some ways we only have ourselves to blame because for years all subscribers have really been interested in – despite the best efforts of operators along the way – has been how much am I going to pay for my bundle? The majority of users are not that interested in the additional services that their operator can offer. All they’re actually interested in is their data access, how much data they’re allowed to use each month before they get hit and are their calls and SMS free?

I think there’s very few people, unless they’re in a niche area like a medic or maybe in the City (financial services. Ed.) where you have particular services, that are prepared to pay for services on top. I think that’s what’s created the window over those five year or so where you’ve got so many OTT services coming in.

Jeremy Cowan: The WhatsApps of this world?

Robin Kent: Yes, exactly. An innovative operator could’ve delivered a WhatsApp-type application and charged for it.

Jeremy Cowan: Yes, and could have sold it to other operators on a white label basis.

Robin Kent: Yes, what’s happened is you’ve got things like WhatsApp coming in over the top and a revenue model almost entirely based on advertising. As subscribers have we actually put it in that position?

Jeremy Cowan: It’s not a very happy scenario we’re talking about for an industry that we care about.

Jeremy Cowan: Even at MVNO level?

Robin Kent: Well you’ve seen some successful MVNOs (mobile virtual network operators) and I think that comes back to my vertical piece again. (See: Who’s making money in IoT? They’re probably not network operators. They probably are in industry.) From a business point of view, that’s actually helping us at the moment because if you look at our 4G product, we have a small, simple, compact core network in a box that we can sell to the operator. But because it’s modular, the MVNOs can actually have their own PGW (Packet data network Gateway) and their own MME (Mobility Management Entity) to run their own application. 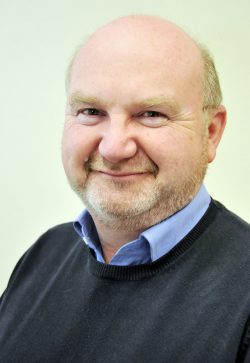 Instead of having to get everything, they’re controlling their own subscriber data and they’re controlling their own data throughput near to the point of presence. So, yes, that’s a reasonably bright light into a dark corner for us at the moment. Then the other one is because the operators aren’t doing the rip and replace that everybody said they would do every time there was a new piece of technology coming out, there’s an awful lot of old kit out there that’s got to work as well. So we’re doing very well at the moment into working legacy.

Then the other one is because the operators aren’t doing the rip-and-replace that everybody said they would do every time there was a new piece of technology coming out, there’s an awful lot of old kit out there that’s got to work as well. So we’re doing very well at the moment inter-working legacy equipment.

Jeremy Cowan: That ‘make do and mend’ attitude which is perfectly sound business doesn’t sound as though it’s going to lead to the digitisation of services that we all think is necessary because otherwise, you don’t get the flexibility of rolling out new services fast.

Robin Kent: Exactly. 5G is potentially the enabler to do that but who’s going to pay for it? Because if you look at the traditional business model, the operator makes money from the subscriber which the operator then invests in new equipment and new services. If the food chain is actually broken at the start where they’re not making money out of the subscriber because they’re not developing the new services to develop the revenue from it, something has to give.

Jeremy Cowan: That makes their future sound like Woolworth’s.

Robin Kent: Yes. I don’t want to paint a picture that they’re all going to get to the point where they’re selling the shelves, the racking and the tills like Woolworth got to, but by the same token, there has to be a fundamental change in the business model. I don’t see that fundamental change.

I am sure there are people within those operators who are a lot cleverer than I am and are paid a lot more money than I am who are actually working on that at the moment and will solve that problem. Until that problem’s solved, I don’t see the industry making the leaps forward it made, for example, in the late ’90s off the back of IN (intelligent networks) and those types of applications.

So the industry’s not going to go away. 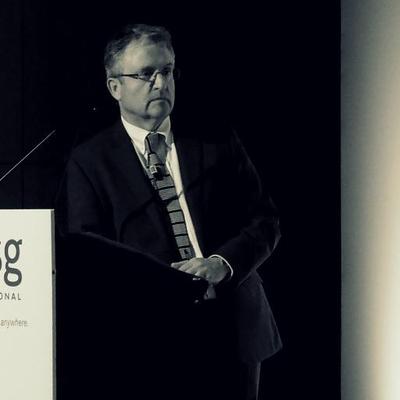 Robin Kent: No, there’s no doubt about that. No, it’s a good analogy.

Jeremy Cowan: Telcos have had a long time to have these conversations internally. They still don’t seem to have that strategy that says, ‘Okay, we are going to diversify into a hundred MVNOs or we’re going to White Label some very smart services to a bunch of other operators and we’ll just sit back and take the licence fees.’ I don’t see much of that happening, do you?

Robin Kent: No. You see the same with the infrastructure providers as well. When the crunch started to happen in 2007/2008, I said then maybe the industry needs what happened in the computer industry in a similar situation. Everybody said, ‘You’re going to have to lose one of the big players to create the space for the others to breathe.’

That was Digital (Digital Equipment Corp., 1957-’98. Ed.). Poor old Ken Olson (founder, president, and chairman.), he looked at it as a family business and he tried to shave a bit off here and there and ultimately it just imploded. That did create the situation for the computer industry to come out of the trough it was in.

Jeremy Cowan: Are you saying that the telco industry will flourish only when we have a major casualty?

Robin Kent: Well, I thought Nortel would solve it from an infrastructure point of view, but it doesn’t appear to have done.

Also see:
Operators are still wrestling with service differentiation and asking ‘Who will make the money in IoT?’

Who’s making money in IoT? They’re probably not network operators. They probably are in industry