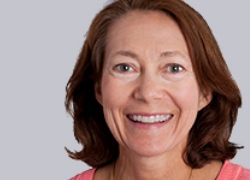 Demand for data in the telecommunications industry is growing at an accelerated pace. According to the Cisco Visual Networking Index, global mobile data traffic grew 63% in 2016.

Today’s customers expect internet access from any device, anywhere with bandwidth that can handle both video and high-speed data. Now more than ever, service providers are facing intense pressure to optimise their infrastructure.

Two factors influencing infrastructure changes are the move to software-defined networking (SDN) and the surge of new bandwidth demand associated with the growth of the Internet of Things (IoT). SDN promises lower costs and increased flexibility, but there are big migration expenses involved, says Carol McDonald, Solutions architect, MapR Technologies.

Software-defined networking has been one of the main disruptive technologies driving innovation in the telecommunications industry. Service providers have struggled to improve their networks fast enough to keep up with increasing customer demand, and upgrading from 3G to 4G and now to 5G is costly.

Over the next 10 years, the upgrade to the 5G network infrastructure is estimated to cost more than $100B. In addition, in an age where time is money, the time it takes to change out black-box network equipment has become unmanageable.

The solution was network function virtualisation (NFV), where network functionality was no longer tied to the physical infrastructure. SDN takes this one step further. With SDN, all the powerful features now reside in the software, which means that telecommunications service providers can now replace purpose built computers with commodity hardware.

SDN is one of the key factors for managing costs associated with the surge in data traffic. This white-box model both significantly reduces cost and allows providers to be more agile responding to changing market needs. AT&T estimates it will achieve an operational expense savings of 40 to 50% with SDN.

Going forward, SDN is becoming the mainstream solution for cloud and network architectures because it gives service providers the ability to deploy cost-efficient white-box solutions at scale.

The Internet of Things

IDC estimates that 28 billion devices will be connected to the internet by 2020. Though IoT is one of the biggest demands on bandwidth, it presents a tremendous opportunity for providers.

Telcos have long been capturing information about network bandwidth statistics, wireless data usage, customer calling patterns, location data, apps accessed by mobile devices, and more. Until recently, much of this data was discarded because it was expensive to store and difficult to mine value from.

Telecom providers can use this data along with stream processing and predictive analytics to optimise network performance to unprecedented levels. They can also reduce costs through predictive maintenance, which enables equipment problems to be diagnosed earlier and prevents expensive field repairs. By capturing data streaming from internet connected devices, providers can pinpoint potential trouble areas and dispatch repair crews before a problem occurs.

A number of other operational benefits can be a realised through the use of big data and IoT. Call routing efficiency can be improved to reduce customer hold times.

During a time of stagnant growth in the telecommunications industry, big data – especially IoT – may be the key to increasing revenues.

It’s only a matter of time before SDN and big data intersect. One of the key aspects of SDN is network automation through programmability. New data platforms can be leveraged to provide deeper intelligence about the state of the network and the applications running on the SDN infrastructure in real time.

The author of this blog is Carol McDonald, Solutions architect, MapR Technologies