How service assurance can be one-way wonderful 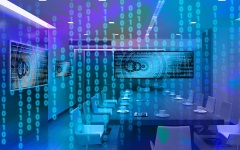 Quality of experience is subject to large variations because of delay, delay variation and frame loss. Operators have sought to minimise the impacts of these service-affecting issues through tightly controlling performance. Thierno Diallo, product line manager EXFO, explains how a new approach can be utilised to provide accurate, highly detailed two-way and one-way performance insights without the capex burden of deploying physical tools on both sides of the network.

Latency is a big deal for operators as their users increasingly rely on services such as video and voice over IP (VoIP), which can be severely impacted by network delay. In addition, new operator business models involve selling quality of experience to third parties so an advertiser or content provider may remunerate an operator for the high quality delivery of their content to consumers. For this remuneration to happen, operators have to provide the quality third parties are paying them to.

With a VoIP service, for example, end-to-end delay is typically required to be below certain thresholds in order to avoid noise, pops, clicks or awkward pauses that can affect the flow of the conversation. For a video service, excess delay and delay variation can result in the stream freezing or slow start of advertising content which causes users to switch off without viewing.

The nature of networks means there will always be some degree of latency because traffic flows are variable and will inevitably be affected by a range of performance-affecting impacts. These include the distance between two endpoints, processing delays and the performance of the various forwarding devices that are utilised. In most networks, delay has a fixed component, such as the distance, and a variable component, such as the level of congestion.

With approximately 78% of mobile data traffic projected to be video by 2021, according to Cisco’s Visual Networking Index 2017 (VNI), it’s clear that this issue is only going to become more acute for operators. Globally, enormous uptake of more sensitive services is being seen so latency must be addressed to assure users’ experiences. This is borne out in VNI projections which predict that, in 2020, the gigabyte equivalent of all movies ever made will cross global IP networks every two minutes. In addition, IP video will account for 82% of all, global IP traffic in 2020, up from 70% in 2015.

Technically, controlling latency – composed of delay, delay variation, congestion or frame loss – is a challenge that has been addressed by existing network test and measurement tools. Measuring one-way delay is complex and the only real way of doing so is to use GPS or synchronised clocks so operators have tended to calculate an estimation of one-way performance by taking a two-way result – in which the performance is measured by tools on both sides of the network – and dividing it in two. Whilst this approach removes the complexity associated with accurately measuring one-way delay, it is flawed because of the additional costs associated with deploying more equipment into the networks and the asymmetric nature of many services means an accurate insight into service performance cannot be provided by simply halving the two-way delay.

In addition to this potential for inaccuracy, the two-way approach is highly inefficient because the capex required to deploy tools on both sides of the network is a substantial burden for operators and presents significant challenges as the need for this type of performance measurement grows. The cost of deploying and utilising GPS or synchronised clocks will become unsustainable.

What’s needed is a new approach that provides operators with the performance insight they need into both directions of the traffic flow but without the two-sided investment burden of deploying traditional tools. To address this, EXFO has developed a new method for assuring delay. Enabled by a new feature, called Universal Virtual Sync, which works with the company’s Worx physical and virtual test probes and correlation engine and Xtract analytics platform to deliver high-level business intelligence, the method enables highly accurate two-way and one-way performance measurements including delay measurement without requiring any external clock synchronisation nor the deployment of additional devices such as GPS.

The method aims to help operators to tackle the one-way delay measurement challenge while re-using standards-compliant performance measurement protocols in order to reduce complexity and cost. Its foundation is in EXFO’s Active Verifier test probes, which offer highly stable and accurate timestamping engines for microsecond levels of accuracy. This foundation is augmented by a high-performance and patented algorithm, which continuously processes timestamps exchanged between the sender and the responder. Based on these, the algorithm accurately processes end-to-end delay and estimates clock offsets between the two endpoints, ultimately providing accurate one-way delay visibility without requiring synchronisation between sender and responder.

Developed through extensive testing, Universal Virtual Sync has been proven to provide one-way delay measurement at very similar accuracy levels to GPS. When testing opposite a responder using hardware timestamping, accuracy levels of ±150 microseconds can be reached. This provides enough accuracy for most telecoms network-introduced delays in the millisecond range. In lab tests, engineers have created a test bench with EXFO Verifiers testing to a standards-based endpoint through a network with asymmetrical delay and delay variation profiles, with the following results:

a) On the first run: both endpoints were synchronised to a GPS source reproducing one-way delay architecture with performance being the best currently available.

b) On the second run: both endpoints were in free-running mode – not tied to GPS – with the test sender enabled with Universal Virtual Sync.

Universal Virtual Sync achieved results very similar to those measured using GPS, with an average delta between measurements less than 100 microseconds. This is within acceptable limits, especially when considering the variable nature of delay induced into each consecutive packet.

As operators struggle to control their costs and engage in new business models to effectively monetise their networks, it is critical that they can prove the quality of the experiences they deliver to users to their partners. Universal Virtual Sync provides the means to gain accurate one-way performance insights without the unsustainable investment burden of deploying physical tools on both sides of the network.

IN ASSOCIATION WITH EXFO