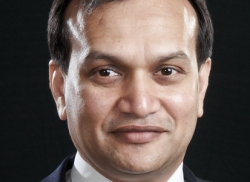 TerraPay, a mobile-first international payment network, has obtained regulatory approval from the Bank of Tanzania to launch International money transfer services to mobile wallets in Tanzania.

This is said to be the first license of its kind in Tanzania which allows TerraPay’s partners across the world to send money directly to mobile wallets in Tanzania.

Furthermore, the company has also been licensed by Tanzania Communications Regulatory Authority for mobile-based domestic payments in Tanzania. Through a partnership with Selcom, a mobile money aggregator in Tanzania, TerraPay can send money to all the prominent mobile wallets in Tanzania.

Tanzania is now part of the TerraPay global network and partners from across the world can send money to mobile wallets in the country. Tanzanian diaspora in UK, France, Italy, Canada, US, South Africa and other countries can send remittances directly to Vodacom M-Pesa, Tigo Pesa, Airtel Money and Zantel Ezy Pesa Mobile Money accounts by visiting the nearest TerraPay partner store.

TerraPay provides a convenient way for Tanzanian migrants to send remittances safely and instantly to widely used Mobile Money wallets in Tanzania. This also means that friends and family of the expatriates can avoid making long, expensive trips to pick up cash.

Ambar Sur, founder and CEO of TerraPay said, “Tanzania is one of the fastest growing country in mobile wallet space with a total of 18 million active mobile money subscribers.

Sameer Hirji, executive director of Selcom added, “The partnership between Selcom and TerraPay is one that aims to add value to the growing remittance market in Tanzania. By providing access to more international players, recipients in Tanzania gain the benefits of choice and convenience, which tie into Selcom’s core mission of empowering citizens through technology. Selcom looks forward to supporting the growth of TerraPay in the coming months.”

Remittances have played a crucial role in the economy of Tanzania. According to World Bank, the country received a total of US$390 million in 2015 from more than 4 million expatriates.