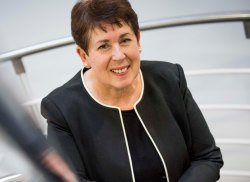 Among the awards were several in the IoT and Telecoms IT space. Gillian Docherty of The Data Lab was crowned CEO of the Year for her leadership of an ambitious team that has delivered 45 data science projects with a total estimated impact on the economy of over £66 million since the innovation centre was established in 2015.

Edge Testing Solutions, one of the UK’s premier independent providers of software testing, won the award for Large Business of the Year. This follows last year’s success when CEO Brian Ferrie won the coveted CEO of the Year. The judges recognised Edge’s significant year on year performance improvements driven by innovation, market knowledge and capability.

Aggreko won the Innovation Through Data award for its use of data generated by telemetry across its generator fleet to improve reliability and deliver enhanced customer experience.

Polly Purvis said: “These awards are a brilliant way to celebrate the growth and success of our industry over the last twelve months. They recognise the hard graft and team work behind these exceptional businesses, and highlight the increasing importance of the digital technologies industry to Scotland.”

The event took place in the Radisson Blu Hotel in Glasgow in front of an audience of guests across the industry, from software, IT and telecoms companies to digital agencies and web developers. Sponsors of the event were Administrate, Atkinson Macleod Executive Search, Avaloq, Cathcart Associates, The Data Lab, EY, Head Resourcing, and Search Total Recruitment Solutions.

Digital technology industries contribute £5 billion (€5.9 billion) in gross value added (GVA) to the economy and some 91,000 people are employed in digital technologies roles across the economy. According to KPMG’s Tech Monitor, the number of tech sector enterprises in Scotland grew 43.4% between 2010 and 2015, second in the UK to London (54.6%).