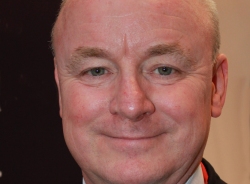 In recent years, over-the-top (OTT) providers such as Viber, WhatsApp and Skype have steadily increased their presence in the market and their popularity with consumers.

Until now, OTT applications have been able to offer users free calling and messaging services via the internet with very little restriction and regulation compared to traditional telecoms companies.

Having conducted a review of the current ePrivacy Directive, the European Commission found that, although its objectives and principles remain sound, there have been important technological and economic developments in the market which the legislation needs to keep pace with. The Commission found that these new OTT services are not adequately covered by European law, says Andy Gent, CEO of Revector.

For traditional telecoms providers, news that the legislation surrounding OTT services is to be tightened will come as positive news. Last year, several high profile operators — that included Orange, Telefonica and Deutsche Telekom — wrote to the EU Commission complaining that OTT providers had an unfair advantage.

This alleged advantage has had a seriously damaging effect on the revenues of telecoms providers. The latest research estimates that the telecommunications industry will lose $386 billion in revenue by the end of 2018, solely as a result of customers using OTT applications. The recent decline in revenues year-on-year has meant that there is less urgency for operators to invest in improving their network infrastructure, which has a negative impact on the end-user experience for customers all over Europe.

With the draft legislation now completed, it appears change is in the pipeline. However, as with all legal processes there is a still a long way to go before the playing field is levelled. Aside from the competition that OTT applications fuel, OTT apps such as Viber have been proactively touting the capability to terminate calls, selling this service on the open market and directly to some operators in different countries.

Revector, the anti-fraud telecoms specialist, carried out a survey with more than 150 mobile network operators. The results found that operators have lost 20% of termination revenues to OTT hijack in the last 12 months on average, with some operators losing more than 70%.

Buried within the terms and conditions of several OTT apps is an option to ‘deliver normal calls as OTT calls when possible’. This is usually defaulted to ON. The recipient of the call will simply think that the caller has called them on an OTT app rather than via the normal telephone service (which is not the case).

This is ingenious short term profiteering by the OTT apps: not only do they get to convince recipients of calls that more people are using their apps, they also get to keep the termination revenue, all the time delivering this call over data using the network of the operator they are hijacking the revenue from.

To date it has proven extremely difficult to overcome OTT hijack but 2016 was a breakthrough year. Solutions, such as Revector’s, are now available across enterprise-grade equipment. It is extremely likely that in 2017 several network providers will address this issue head on, not least because it is impacting termination revenues so significantly.