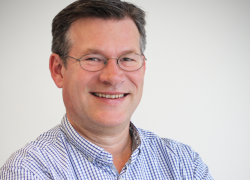 Roaming is over 30 years old and since before the start of the EU roaming regulations 10 years ago, a global issue was emerging with the pricing transparency of international roaming, known to many as ‘roaming bill shock‘.

Since the early days roaming was always considered a premium service, but as time went on and people found it was productive to use their devices while travelling they slowly became more reliant on roaming services.

Around about the same time as the EU regulations started off, the Apple iPhone was launched summoning a wave of handset manufacturers offering Wi-Fi on ‘smartphones’ and a new era of avoiding roaming charges began, says Gerrit Jan Konijnenberg, CEO of UROS.

While the regulations have brought down pricing substantially in the last 10 years, subscribers still need to feel comfortable they won’t get surprises when the time comes to use data. Roaming pricing is still considered prohibitive to many subscribers, but with the EU’s mandate towards abolition of Roaming charges starting this June the question remains will subscribers come back to roaming and could MNOs recover lost roaming revenues by their consumption?

The Roaming Bill Shock survey found that globally on average MNOs face around 61% of their subscribers switching off data roaming services and becoming the so called ‘Silent Roamers‘, an increase of 3% on the previous survey conducted in 2015.

Building retail tariffs is hard work. MNOs have to balance wholesale costs and retail margins, hoping the subscriber will use the tariffs, avoid bill shock and ultimately return to roaming. The survey was responded to by MNOs across the world, from China to the USA.

It is clear MNOs are active in trying to solve these issues, as an MNO in the survey suggested, “We are facing a re-engineering phase for IR services, we aim our efforts toward bill shock prevention, and silent roamers encouraging to become active”. While 23% of MNOs realise this a problem, still the average MNO says that at least 10-20% of its subscribers continue to face bill shock today.

But cost, surprisingly, is not everything. People know that you only get what you pay for and if the subscriber tries to reduce costs, usually there’s some expectation that service might not match their requirements. So, while they want low prices, nothing pleases a subscriber more than knowing upfront what they will pay and what they will get for it.

What they look for is:

Furthermore, the survey suggests, it is hard to deliver retail tariffs that match cost and margin expectations for MNOs. Resulting in all kinds of tariffs and bundles that limit the subscriber, remind them how expensive roaming can be – those friendly reminders you have reached your limit – and often pushing them to avoid roaming if they can.

Clearly today, roaming bill shock remains as common a problem as always with new issues emerging. But there are alternatives to the traditional roaming solutions on the market, and they are not a gimmick or a fad, but a successful fresh way to engage subscribers with roaming.

MNOs are now finding a new way to roam and a new relationship with their subscribers. In my view, bill shock is simply relative to the perception of cost, so if MNOs explain well what the cost will be, with say daily bundles, its clearer to subscribers what the maximum rate will be and bill shock is avoided.

The author of this blog is Gerrit Jan Konijnenberg, CEO of UROS