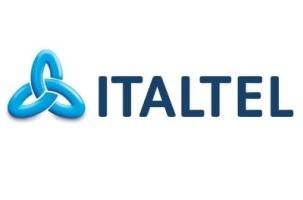 vTU runs over any virtualised infrastructure and ARMv8 microservers and leverages mobile edge computing technology to deliver a gigabit ultra-broadband experience. This enables the rapid upload of large files, such as HD video, and enhances Quality of Experience. vTU is an ideal application for operators experiencing high levels of network traffic from large events like music concerts and sports games.

Italtel has teamed up with Virtual Open Systems, a provider of accelerated virtualisation for networking, mobile and mixed criticality systems, to demo the application at Mobile World Congress to show the low latency achieved when the vTU is engaged during a HD video upload to a storage service provider, for example, Dropbox or Google Drive.

“One of the pillars of 5G is the deployment of advanced radio access networks that integrate the traditional mobile access network with wireless wide area network, reinforcing the concept of heterogeneous networks,” said Giulio Gaetani, head of Software Business Unit at Italtel. “It is in this context that we have developed vTU, leveraging mobile edge computing technology. vTU works by transcoding and caching the video during the download, thus offering a wide set of codecs and quality, according to the requirements of the end-user watching the video.”

vTU takes into account user profile subscriptions and manages the caching of contents by monitoring the traffic conditions at the core of the network, enabling optimum upload speeds.

“ARMv8 architecture virtualisation is a key enabler for efficient, powerful and flexible mobile edge computing,” said Daniel Raho, Virtual Open Systems’ director. “With extensive use of acceleration techniques for both the Virtual Network Functions (VNFs) and the Virtual Switch (VOSYSwitch), it is possible to achieve an impressive performance/watt ratio. VOSYSwitch is the accelerated virtual switch from Virtual Open Systems which outperforms OVS/DPDK both on x86 and ARMv8 architectures.”

The application is part of the architecture developed in the “Small-cell Coordination for Multi-tenancy and Edge services” (SESAME) EU funded research project, under the Grant Agreement (GA) No. 671596 – part of the Horizon 2020 Action under the topic of “Advanced 5G Network Infrastructure for the Future Internet” – in which Italtel and Virtual Open Systems are actively participating.