A pan-European response to cybercrime is critical 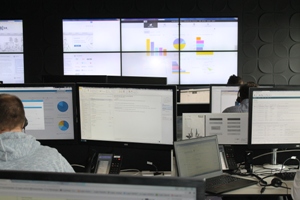 Cybercrime has become a well-financed global industry. Cybercriminals are very resourceful: they are increasingly operating as syndicates, conducting research and buying services from each other. In addition, says technology writer Bob Emmerson, threat surfaces are growing in line with the billions of connected users and devices.

So, what is the IoT industry’s response?

There is no silver bullet and there is a demand issue. More security experts are needed; expertise needs to be aggregated, to be readily available and ideally it should be shared. On a more positive note, the combined resources of the industry are much bigger than those of the criminal fraternity.

They will be needed to address today’s biggest security issue, which is the advanced persistent threat (APT). We can expect to see security analytics being deployed on a massive scale, allowing the network activity in virtually all devices to be recorded and stored. This will enable real time APT detection and mitigation, as well as forensic analysis.

Meanwhile a new report from PwC, titled “Cyber security: European merging market leaders”, highlights the growing demand for pan-European providers who have the breadth and depth of security expertise to solve complex cyber security challenges and to be able to deploy their expertise in a consistent manner across geographies. This is not something that can be realised in a short timeframe. It has to come from established MMS (Managed Security Service) vendors who have a solid track record.

Service providers such as NTT, NCC Group and SecureLink are early European frontrunners. They appear to be well positioned to be able to meet current customer needs. Last year SecureLink bought Coresec and Nebulas and their latest acquisition, IT-Cube, allows the company to operate in Benelux, DACH (Germany, Austria and Switzerland), the UK and the Nordics.

Secure Link’s Cyber ​​Defense Centre provides round-the-clock services from five locations. They include proactive prevention, detection, analysis and responding to cyber-related attacks on internal and external infrastructures and applications. The company is staffed by more than 550 security specialists.

Cyber security: the elephant in the boardroom

The NCC Group sees cyber security as being the greatest threat to modern business. They point out that headlines appear almost every week in the mainstream press about a company being hacked, or experts claiming the cost of cyber crime to the global economy is either billions or trillions. And yet most businesses do not to truly understand the risk they are running.

Boards educate themselves in areas such as health and safety, but seem to assume that cyber threats should be a risk owned by someone with a technical skillset. However, it becomes clear that ignorance of the risk amounts to negligence on behalf of the board. Cyber security is the elephant in the boardroom.

Although the UK’s Information Commissioner’s Office investigates data protection cases, it doesn’t have the resources or power to motivate organisations into making cyber security a board-level issue that is afforded the right level of attention and investment.

However, the General Data Protection Regulation (GDPR) from the European Union (EU) is due to come into force in May 2018 which enforces stricter rules in terms of data protection on companies operating within and trading with the EU. These include significantly larger fines for data breaches (up to 4% of global turnover) and other features including mandatory breach notification.

Although the UK’s long-term relationship with the EU is currently unclear, research conducted by ComRes on behalf of the NCC Group indicates that the UK will have to adopt GDPR or at least develop its own equivalent legislation. With this on the horizon, the research found that a somewhat surprising number of board directors want greater penalties for companies that fall down on security.

Security is a moving target, so it is advisable to have an independent certified security firm perform remote vulnerability assessments at regular intervals, or when there is a major change in the infrastructure and the environment.

That advice comes from Eurotech. Robert Andres, the company’s chief strategy officer: “When the security bar goes up, when new threats emerge, so too does our response and that of the industry. Cybercriminals can take advantage of the huge opportunity that comes from billions of connected users and devices.

But through applying IT security best practices, architectures that have a focus on security from day one, by employing analytics and other security relevant technologies in the edge and the cloud, also IIoT infrastructures can be successfully secured and defended.”

The author of this blog is freelance IoT and communications writer and observer, Bob Emmerson