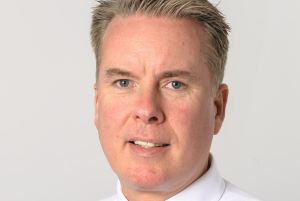 February 1st saw the European Union (EU) clearing the final hurdle that will mean the end of roaming charges for calls, SMS and data across Europe.

By summer 2017, individuals using their mobile phones when roaming across the EU cannot be charged more for calls, SMS and data than they are charged when using these services their home country.

And with that, says James Foley, head of Customer Experience for Resilient, the perils of bill shock for those who use their phones while on holiday or business abroad finally comes to an end.

Besides the obvious question of why on earth it has taken so long for the EU to agree to a regulation that was so clearly in the interest of consumers, the next question will be what happens to roaming charges once Brexit happens – and then more globally, what will be the impact on our roaming charges as the UK seeks new business deals from partners and countries across the world.

The abolition of roaming charges across the EU was first put to the European Parliament in 2006, so it’s taken 10 years for the EU to agree to a measure that, by any reckoning, should have been agreed overnight. It was so obviously not in the interest of consumers across the EU to be charged so disproportionality higher for calls and data when roaming – but eventually it became not in the interest of the carriers too.

Instead it was far more common for travellers, especially those on holiday, to either switch off the phone entirely when overseas, or to switch off data roaming, thus providing an own-goal for mobile operators who learned at first hand the rules of market elasticity.

A recent report from Deloitte suggest that travellers spend more than €12bn(US$ 12.74 billion) per year on alternatives to mobile data roaming, which had it been priced properly, would have been revenue for the carriers themselves. What is clear is that the EU moves a great deal slower than even the slowest network operator.

So had the EU abolished roaming 10 or even 20 year ago, the mobile operators would have adjusted their business models overnight to accommodate this, and would have found new ways to drive revenue from new services to both holiday makers and business users alike.

But will UK citizens enjoyment of this new world of surcharge-free calling be short-lived, now that the UK is on the cusp of Brexit? It could be very short indeed, since there is nothing coming from either side of the Brexit divorce to suggest that the abolishing of roaming charges will be a protected right going forward.

And what happens outside the EU as more of our business will be conducted overseas, with more captains of industry having to fly the flag when conducting our new trade deals abroad. How much are UK businesses going to have to pay in roaming charges just to keep up with a faster paced, more connected, global economy?

It just doesn’t have to be this way.

When we started on the design of Resilient’s smartnumbers mobile service one of our stated requirements was that it must enable users to reduce or eliminate roaming charges not only within the EU, but when travelling anywhere in the world. We built in, from the outset, three services that would help reduce or eliminate roaming so that subscribers could choose how to be always contactable, but to do so with the lowest possible cost to them or their business.

So, if you’re working overseas in an office and someone calls your UK mobile number, the smartnumbers mobile service will route the call to your desk phone in your overseas office automatically, avoiding roaming charges altogether. And if you’re in a hotel, shopping mall or office with a good Wi-Fi signal the call to your UK mobile number will again be routed over Wi-Fi to a client on your phone and in so doing will once again eliminate roaming charges.

If you’re not in an office, or in a good Wi-Fi zone but still need to make a call from your mobile phone the smartnumbers ‘callback’ service will take your outbound call and turn it around as an inbound call, first calling you on your mobile phone, then calling the person you’re trying to reach, and then joining these two calls together.

While this option doesn’t eliminate roaming charges altogether, it does turn what is an expensive outbound roaming call into a lower-cost incoming call.

So, while there remains uncertainty about the direction of roaming charges across Europe as Brexit talks are about to begin – and a certainty that global roaming charges will be with us for a long time to come – for individuals or organisations that wish to talk without roaming charges or without compromise then smartnumbers mobile might become the indispensable business tool for tomorrow’s global world road warrior.

The author of this blog is James Foley, head of Customer Experience for Resilient

I already get free roaming with my provider and it also works in the US, Canada and many other non-EU countries. I don’t nees to wait for the EU to do it.