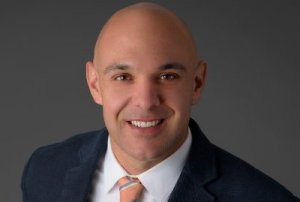 OPEX savings from managed services, based on the average cost of customer helpline calls and truck rolls to configure or repair access points, could reach as much as $3.4 billion.

“With Wi-Fi fast becoming the consumer’s preferred choice for connectivity, internet service providers need to ensure they are doing their utmost to meet service requirements. Our research reveals that there is nascent demand for managed Wi-Fi services, demand that they’re also willing to pay for,” said Todd Mersch, co-founder and executive vice president of Sales and Marketing, XCellAir.

“Against a backdrop of new uses for domestic Wi-Fi, from streaming media to smart home devices, it is remarkable that almost everyone surveyed had completely unmanaged Wi-Fi. Consumers are going to look to ISPs to provide and manage their Wi-Fi as more connected devices fill the home.”

The consumer study, carried out in December 2016, sought to determine the extent to which consumers in the UK and the US have an acceptable Wi-Fi experience in the home, who they hold responsible for their experience, and potential demand for paid-for managed Wi-Fi services.

The survey revealed significant consumer reliance on their ISPs:

The survey also revealed that as many as 89% of consumers have completely unmanaged Wi-Fi, yet there is notable appetite for managed and paid-for services from their ISP or other third party:

“Our survey revealed that the majority – 74% – of consumers get their Wi-Fi equipment from an ISP, but we have seen a raft of new home Wi-Fi systems which offer self-management features, such as Plume, Eero and Luma. However, our survey responses strongly suggest that consumers are reliant on their ISPs, no matter where fault lies when things go wrong.

ISPs have a golden chance to capture Wi-Fi management as a service for their customers from which they stand to benefit financially, as well as in goodwill towards their brand,” concluded Mersch.

XCellAir also recently announced the launch of its Wi-Fi Advisor, a free tool which helps ISPs and operators to determine the Wi-Fi service customers need in order to provide reliable Wi-Fi performance throughout the home.