Is it time for the second coming of systems integrators? 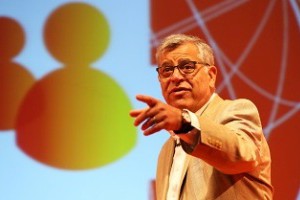 That was the good news from the industry experts present – the bad news was that it is taking much longer than expected to happen, for a number of reasons. I will admit I am no expert on the subject – however, some very obvious issues stand out even for the uninitiated.

Like many other major technological transitions that the telecommunications ICT sector has gone through in the past, this one ticks all the boxes for potential massive gains and equally massive failures. The most concerning issue, again, is the lack of early standards and cohesion amongst the many parties that have a stake in SDN and NFV, says Tony Poulos, WeDo Technologies.

Who is actually driving the standards is not always clear but an increasing number of vendors are offering products they claim will conform to any standard that may eventuate. It’s like putting the cart before the horse, but quite honestly, if the vendors and only the largest CSPs were not driving the test cases and funding them, they probably wouldn’t happen at all.

Of course, if you were a greenfield network operator, you would probably have an equipment vendor as your prime contractor and have them insure that any other products from third parties would be compliant with their core technology. But existing networks don’t have this luxury and have to contend with existing network components, many best of breed in their time, that are loosely termed legacy systems.

This means that all the pieces of a massive jigsaw need to be upgraded or connected via some sort of adapter to be able to respond to software commands from one or more orchestrators. Common APIs will provide the necessary interfaces for these components to interact, but the result will probably never be optimum. For example, we still have provisioning systems for declining services in CSPs that are manually operated because the cost of replacing them is not justified.

But these issues are minuscule in comparison to the overall cost of transforming any network into a fully digital SDN/NFV environment. How difficult it must be to develop and cost a business case to present to stakeholders knowing full well that overruns and potential failures will add considerably to any estimated cost. Even after approvals are given and projects proceed, the next issue is to find skilled people that know something or anything about building software controlled networks. At this point most of the know-how appears to reside with either the bodies attempting to form standards, the odd number of consultants, but mainly with the vendors themselves.

The same situation occurred around the turn-of-the-century when massive BSS transformations were in vogue. At that time suppliers were very specialised and operators tended to look for best of breed software elements that needed to be cobbled together by systems integrators (SIs).

SIs were the most popular prime contractors at the time because they took responsibility for complete projects, but they had the luxury of being able to utilise internal staff from their customers, their own bench, and freelance contractors that had either been retrenched by the CSPs in cost-cutting moves or had been lured away by the promise of the big money.

Since then, however, we have seen continued reduction of CSP staff levels and a move to contractors via managed service companies. We have seen suppliers in both the OSS and BSS spaces amalgamate into one-stop shops and new suppliers – particularly from the Asia region – offering new products, total staffing and lower cost options.

That reliance on one provider is not always desirable when negotiating for better pricing. It is also unlikely that all of their offerings will be “best of breed”. By observing history and using a little common sense, it would appear that the almost defunct systems integrator may come back into fashion for the SDN NFV era. And I think a lot of network operators would be happy to pay a premium for that expertise and guidance during the transition process.

Yes, I think it’s the second coming for systems integrators. Is anybody stepping up or ready to step up?

The author of this blog is Tony Poulos, WeDo Technologies.