Regression of GSM, LTE for public safety and the evolution of in-building coverage 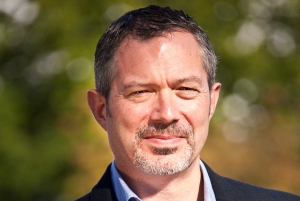 Cobham Wireless’ VP and general manager, Ian Langley, looks at LTE for public safety, and the future of testing. During 2017, the public safety industry will continue to work towards making LTE the long-term answer for emergency services communication.

The USA has already begun planning for the introduction of LTE to deliver public safety applications, recognising the success that the technology has had for business and consumer communication.

FirstNet has been tasked with delivering a nationwide LTE public safety service across the country, with reports that AT&T will likely be selected to build the network. We can expect a lot of interesting announcements relating to the nationwide network to be made in the next year, including a formal decision about who will be building the network in March. Although there will not be an operational LTE public safety network in place in 2017, it is likely that a lot of the standards and regulations will be implemented in advance of a possible 2018 deployment.

Other countries will follow in the footsteps of the US next year, leveraging LTE to deliver critical communications applications such as facial recognition capabilities to aid police officers in finding out if someone has a criminal record. One major consideration is that operators will not want to give up their valuable LTE spectrum which is needed for data hungry business and consumer customers. In the US and UAE, the 700MHz and 800MHz spectrum are being earmarked as the bands that can be used for public safety communications.

However, we may see countries explore alternative options as they look to leverage the LTE spectrum, with minimal interference to today’s communication services. Until these vital decisions are made, TETRA will continue to be used as a short-term solution, due to its proven ability to deliver reliable communication services.

Venue owners around the world rely on operators to deliver in-building coverage, to connect consumers and business users to the internet services they rely on. For example, in stadiums, visitors require connectivity to upload images from live events to the internet; whilst in airports and train stations, people need coverage for business communication and to stay in touch with family and friends.

However, operators no longer have the revenue to invest heavily in in-building coverage solutions. This is in part due to their resources being drained on other ventures such as the advancement of 5G, and the development of their public LTE networks. They cannot provision wireless communications into all of the buildings that demand mobile connectivity. Subsequently, in 2017, venues have to install mobile coverage themselves in order to provide the connectivity that is demanded of them.

Operators will turn to a ‘neutral hosted model’, where they can design and deploy a network for their needs and charge operators for delivering connectivity, generating new revenue. The model suits the operators too, as they do not need to shoulder the responsibility of funding and maintaining a network. The neutral host model has already proven popular in the US, and the trend is likely to take off in other parts of the world next year as venues look to benefit from high-quality indoor coverage.

Operators will accelerate the deployment of NB-IoT. In 2017, we will see major operators and standards bodies such as 3GPP pushing forward with the commercialisation of narrowband IoT (NB-IoT). This is a Low Power Wide Area (LPWA) technology that transmits data intermittently, enabling connected devices that use only a small amount of data to operate with low current consumption. This can greatly improve the battery life of IoT devices.

Compared to propriety LPWA technology such as LoRa and Sigfox which operate in the unlicensed spectrum, NB-IoT operates either in the LTE licensed spectrum or in re-farmed GSM spectrum. This means it uses only a narrow bandwidth, leading to spectral efficiency and allowing carriers to prioritise data-intensive internet services and applications. Testing will play a vital role in ensuring the delivery of a high quality service that operates effectively within LTE bands, while mitigating interference from other devices.

Expectations about the potential deployments of NB-IoT are high following a number of successful trials. Many operators are backing the technology as a cost-effective and highly efficient means of connecting IoT devices and applications using their existing cellular networks. Be prepared for more trials and even live deployments over the next 12 months as operators, device and chipset manufacturers get behind the technology.

In 2017, we believe the number of DDoS attacks targeting IoT devices will increase, as hackers look to exploit service provider and business networks. The recent DDoS attack on DNS provider Dyn, driven by the MIRAI malware, was the world’s largest orchestrated hack via IoT devices.

It brought down Twitter, Spotify and Reddit. However, next year will likely see an escalation of DDoS attacks, with hackers targeting higher risk services and institutions with far more severe consequences.

Imagine hospitals being cut off from internet-enabled life-saving devices, or power grids plunged into darkness, leaving towns and cities without access to crucial utilities like heating and electricity. Public transport systems could grind to a halt, and traffic light systems could stop working, causing havoc on roads. However, service providers and enterprises can put measures in place to prevent attacks of this scale.

This can be achieved by implementing a modern security strategy which involves stress testing networks using the emulation of malware threats to identify weaknesses which would be targeted by cyber hackers. As a result, firms can protect themselves and their customers from IoT-driven threats.

The author of this blog is Ian Langley, VP and general manager, Cobham Wireless.