Automation, IoT security, virtualisation and smarter cities: Juniper’s view of the year ahead 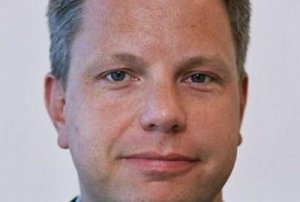 In 2016, 42 million adults (82%) in Great Britain accessed the internet every day, 26 million more than ten years earlier. The network underpinning this dramatic increase in demand needs to become smarter, and more automated to provide the secure access and connectivity demanded by those users.

As an increasing number of tedious, repetitive IT tasks will be automated, skilled IT workers who used to spend the bulk of their time maintaining legacy physical hardware systems will now have the time to focus on more strategic initiatives for their organisations that increase competitiveness, demand and differentiation, create efficiencies and ultimately improve the bottom line.

A recent McKinsey & Company study found fewer than 5% of jobs are likely to be completely replaced by computers once automation takes hold. Thus, it is clear that automation will play a critical and complementary role — and will only grow more important as the industry marches towards Digital Cohesion – the approaching era where technology will provide autonomous, predictive services that continually adapt to personal behaviours – which then becomes a reality.

Service providers will be in the security limelight

As attackers are increasingly using IoT devices to perpetrate attacks (such as DDoS, etc.), it’s much harder for end users to manage the security of devices themselves. Without general computing devices, traditional antivirus and endpoint management can’t be the same as they were for mobile phones, for example. Thus, the impetus will be on service providers to create virtualised security services, without the need for user needing intervention, all the way to the endpoint to prevent future attacks.

Our cities will become smarter

One of the positive anticipated outcomes in an IoT future is that many cities will be intelligently connected, including everything from traffic cameras, parking sensors to smart grids that operate as one complete system. To get us a step closer, the public and private sectors will need to come together in a more meaningful manner to develop the necessary policies, infrastructure and sharing of data that will allow for smart roads with autonomous vehicles and enhanced patient care facilitated by alliances between hospitals and utility companies.

Cities like Bristol are already making good progress and in 2017, we’ll begin to see the formation of more organisations with the goal of bringing together not only technology companies, but also a wide variety of sectors to enable a truly connected and smart future.

With the success of early NFV deployments and the continuing challenges for operators to deliver even more services with flawless performance, end customers will demand new levels of flexibility. As such, there will be a push towards bring-your-own-license (BYOL) and pay-as-you-go models tailored to supporting cloud-based infrastructures for different business & application needs.

Cyber attackers will expand their horizons to smaller targets

While hackers have traditionally targeted enterprises with large amounts of data and deep pockets, we will start to see attackers focusing more on smaller businesses who are potentially easier targets. While these SMBs may not have as much for attackers to gain, they are viewed as softer targets, easier marks good for making quick money, which can be devastating and possibly bankrupting to small organisations.

As large enterprises ramp up their security protection, expect to see SMBs more frequently targeted by hackers and hence they will need to also invest in security, likely managed services from SPs for some level of protection from the bad guys.

The author of this blog is Colin Evans, senior director and head of centre of excellence, EMEA, Juniper Networks