NFV unlocks video and voice service development, the dumbphone dies, and content rules the roost in 2017 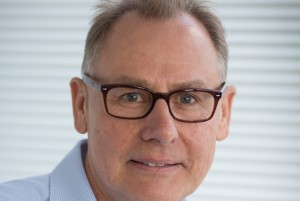 In 2016, operators worldwide began strategising how NFV could play a central role in their networks, as they hoped to drive efficiencies and move to a more flexible Internet Protocol (IP)-based communications model.

As Chris Haddock, head of marketing at OpenCloud, says, VoLTE deployments continued, but at a slower rate than anticipated, due to a number of teething problems in deploying the technology and uncertainty around customer up-take.

Haddock thinks that: in 2017 operators will realise the benefits of utilising NFV to serve specific purposes in their networks; we may finally see the death of the dumb-phone; and all-IP communications, such as Wi-Fi calling, will become more prevalent as operators lay the foundations for mass market roll-out of VoLTE. It’s going to be an interesting time for telecoms.

2017 will be a year of new M&A activity, as operators look to acquire content providers, following the trend set by AT&T’s purchase of Time Warner this year. TV and streaming services are no longer just the remit of broadcasters and OTT players. Mobile operators will offer unique content packages, as they make the shift to become multi-play businesses, able to provide content services at any time, to subscribers anywhere.

Operators will not create their own content, but through strategic partnerships and acquisitions they can acquire a range of exclusive content, offering it to subscribers as a way to differentiate their propositions. Subscribers will start selecting operators based on the content that they provide (for example, choosing sports, TV or film packages). This will help to attract and retain customers, and provide an additional revenue source for multi-play operators.

Throughout 2016, operators have continued to progress their infrastructure development towards Network Function Virtualisation (NFV). However, this trend has been dominated by operators choosing to work with Network Equipment Vendors, developing virtualised functions that are designed to run exclusively on their own NFV platforms to serve a specific vertical function, such as billing or firewalling.

We expect this to continue in 2017, with the need for robust network functionality being the primary driver. This approach could perhaps be described as Network Function ‘Verticalization’.

Meanwhile, at the service layer, where new real-time voice and video services are developed, we will see operators seeking to avoid vendor-locked NFV solutions. This is because such solutions engender service dependency on a single vendor, limit flexibility, and tend to stifle further innovation.

Therefore, at the service layer at least, there will be a more open approach to NFV, with operators selecting best-in-class solutions. With this approach we are likely to see a host of new voice and video services developed by operators.

In 2017, there will be more affordable handsets available, straight out-of-the-box, that are VoLTE and VoWiFi enabled. These handsets will support these services from any native operator in the region, without the need to download a firmware update or activate the service.

As a result, the mobile network will automatically direct users to the most applicable access network for their voice and video calls, whether it’s Wi-Fi or LTE, with this process remaining transparent to the user. Subscribers will become accustomed to such ready access to rich voice and video services, which will increase service adoption through.

Home security, self-regulating supply chains and autonomous vehicles – these are the kinds of vertical applications that are going to drive the development of the Internet of Things (IoT) in 2017. Consequently, we can expect to see an increasing number of partnerships between operators and industry-specific IoT suppliers to address the requirements of these vertical sectors.

In 2017, we will see software applications for these verticals running over a virtualised service layer. Inter-operability building-blocks and geographic coverage will be the key drivers for these IoT/Operator technology partnerships.

Service agility moves from the lab to the boardroom

During 2016, we began to hear the word ’agile’ being used more often as a buzzword in the context of service development within telecoms operators. In 2017 we can expect conversations about ‘agile service development’ to move from the R&D departments to the boardroom. Operators will be seriously considering how they can adopt new business models that enable them to rapidly develop and monetise their service innovations.

In 2017, operators will introduce virtualised service development environments that are more flexible and open than traditional approaches, which were predicated on fixed hardware. These new environments will allow operators to gain the agility typified by internet players, enabling them to empower their customers in new ways.

This is especially important given the impact of internet services on operator revenue streams. We can expect more ‘Agile MNOs’ challenging the traditional way operators have offered services to customers, with a wider range of differentiation.

In 2017, we could finally see the death of the dumb-phone as the market is flooded by entry-level smartphones that support a variety of rich applications and services. These include built-in native operator services, available to the subscriber, straight ‘out of the box’.

We can expect to see more low-cost smartphones on the market, supported by services specific to demographics; for example, phones that support device-to-device money transactions in Africa. Such services will become key differentiators. Subscribers will make their entry-level smartphone purchase decisions based on the unique set of operator services that come with them.

The author of this blog is Chris Haddock, head of marketing at OpenCloud