US telcos move ahead on NFV as Europe watches: 2017 predictions 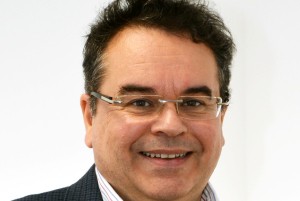 While huge progress has been made this year toward the development of virtualised services, a variety of challenges remain before widespread service roll-out can commence. 2017 will be the year that the industry takes positive steps to overcome these barriers, says Pravin Mirchandani, CMO at OneAccess Networks, who shares his five key predictions for the year ahead.

1. Europe will stay on the sidelines as USA and Japan push on

We will see virtualised services start to roll out, principally in the USA, and to a lesser extent in Japan through NTT. While everyone remains sure that the way forward is virtualisation, the industry is still figuring out how to solve the multiple technical, commercial and organisational challenges posed by migration.

Operators will be closely watching AT&T and its Domain 2.0 program and keeping an eye on Verizon too, in a bid to learn lessons about how to implement NFV. Europe’s hard-pressed operators, in particular, will mostly stay parked in ‘watch and learn’ mode, continuing with RFx, proof of concepts and trials.

In fact, we’re unlikely to see any virtualised services roll out across Europe in 2017. Compelling business cases are harder to assemble in the European continent and, until these are squared away, operators will prefer to observe how US and Japanese trail-blazers facilitate service migration and preserve their choices – both major factors driving current and near-term investment decisions.

2. NFV’s RoI equation will need to be cracked

The industry will become increasingly focused on how to generate return on investment (RoI) from virtualisation. White-box CPEs are still expensive, which restricts the size of the virtualised services market to the large enterprise sector, driven by the need to consolidate network appliances. Don’t be surprised to see much more interest in ARM-based white-boxes as a result.

Ultimately though, as operators work out how best to tackle RoI in the context of CAPEX pressures, far-sighted CSPs now have an ideal opportunity to capitalise and gain a competitive advantage on rivals.

3. CPEs will have the same focus, just a different color

Whilst customer premises equipment (CPE) service delivery will remain the key focus (as virtualised data centers have yet to solve the twin challenges of scalability and technology maturity), we will start to see a change in the color of CPEs during 2017.

2016 saw the launch of the first virtualised services based on grey-box CPE, a move that was seen by some as a compromise to enable quick gains in acquiring virtualisation experience and show progress. In 2017, those operators that use grey boxes will push to introduce the purer white box CPE. The result will be the gradual roll-out of white-box CPEs to replace their grey siblings.

The main driver for new virtualised services at CSPs will be improving IT wallet share at enterprises, especially those that build their own networks.

By convincing their customers to take an operator-managed white-box CPE this establishes a paid beach-head for the managed services model. Once there it enables a relatively easy upsell for additional VNF-based managed services on the same box.

5. DevOps will thrive as it helps unlock virtualisation’s potential

2017’s general industry trend will be DevOps as it is increasingly being seen as the next ‘big thing to do’. Already extensively discussed as a concept, CSPs will move to implement it – this has as much to do with achieving greatly needed OPEX savings, which is a necessary condition for virtualisation.

Nevertheless, virtualisation will be the catalyst to shift away from the silo culture that exists within CSPs as they realise that introducing virtualisation is too slow and too expensive if they rely on their traditional waterfall NPI process.

The author of this blog is Pravin Mirchandani, CMO, OneAccess Networks