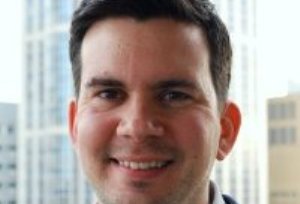 Difficult Second Album, Sophomore Slump, Second Year Blues – it’s not easy maintaining success. Happily, says André Stoorvogel of Rambus Bell ID, following its breakout year in 2015, the mobile payments industry has seen continued innovation and growth in 2016.So, as we approach the end of the year, what are the key trends and technologies that will shape the industry into 2017?

Providing the consumer with a truly frictionless experience is the holy grail for the payments industry. This has already been achieved in-app with platforms such as Uber, but has yet to be translated in-store.

In the IoT era, however, we are moving ever closer to delivering a seamless in-store experience. Beacons, geolocation, computer vision and biometric technologies are being combined to deliver a frictionless experience.

Indeed, the industry will closely be monitoring the success of Amazon Go, which is currently in beta but is expected to launch publicly in early 2017. The concept deploys various technologies (the exact details are yet to be released) that enables a consumer to walk into the store, pick up an item and walk out, with the order charged to their Amazon account upon leaving.

As well as Amazon Go, we also predict myriad other pilots, demos and announcements throughout 2017 that aim to move all stages of the in-store payments process – from initialisation and authentication, right through to final confirmation – firmly into the background.

Increased consumer awareness, ever-expanding acceptance and more mature offerings means that the various OEM Pay platforms will continue to go from nascent to mainstream in 2017.

The conversation surrounding mobile payments, however, will change. With ‘tap and go’ cultures becoming increasingly engrained, consumers now expect to be able to make contactless payments. The added convenience of paying with your mobile device is no longer the main driver of adoption.

Instead, the focus is shifting from changing the payments process into a ‘buying experience.’ The key to this is the specific, intelligent deployment of value-added services such as rewards, loyalty and couponing. For example, Apple has just partnered with Blackhawk Network to integrate eGifts, loyalty and rewards programs into Apple Pay. And Google has gotten into the festive spirit with Android Pay Christmas Crackers, which delivers rewards to users.

The nature of the Chinese mobile payments market, however, has meant that it operated in essential isolation. Times are changing. For example, AliPay has recently announced partnerships to bring its service to Europe and Australia.

The rapid global expansion of both the AliPay and WeChat platforms is likely to have huge implications across the entire payments industry. Although the platforms are currently aimed only at Chinese tourists abroad, it is apparent that the long-term strategy is to develop a global offering.

More and more retailers are developing their own payment applications to control the payments process and deliver a unique, tailored experience, and we expect this will continue throughout 2017.

In addition, initiatives such as QR code mobile payments are enabling retailers to keep the payment process ‘in-house’ and reduce network fees. QR codes may not necessarily be the future, but the trend of retailers identifying and developing alternative payment channels is here to stay.

What are your predictions for 2017? Join the debate on Twitter!

The author of this blog is André Stoorvogel, head of Marketing, Rambus Bell ID