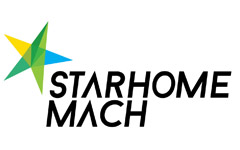 Starhome Mach, a provider of  mobile inter-carrier roaming and M2M/IoT services, recently analysed the implications of the new EU regulations eliminating communications service providers’ (CSPs) ability to charge for roaming within EU borders. Permanent roaming and fair use issues are expected to have the greatest effect on CSPs’ bottom lines.

The new regulation is expected to exacerbate the current situation, where inbound roaming traffic cannibalise the domestic market and abuse network resources. In other cases, permanent roaming will increase roaming costs for the outbound MNOs, which can lead to an increase in domestic prices to compensate for their losses. Meanwhile, various players may take advantage of arbitrage to sell SIM cards in foreign countries.

Fair usage is another issue expected to affect operators’ bottom lines, where cross-border plan abuse may lead to significant losses. Based on Starhome Mach Business Management analysis for roaming traffic, last year’s summer travel season alone had a 50% increase in the number of users and a 50% increase of average data per user, totaling more than 200 MB/month per user.  When compared to the average domestic usage of more than 1,000 MB/month, data consumption while roaming is expected to more than quadruple under the new regulations.

Starhome Mach’s new products address both permanent roaming and fair usage by containing and minimizing the impact of the new regulation on the MNOs’ business.

With the permanent roaming solution, inbound and outbound MNOs get visibility, detailed analytics, optimization, and protection tools. Focusing on the business need and bottom line, Starhome Mach’s solution helps detect such abuse, and provides the MNO with the knowledge required to take actions to reduce the impact on its business.

“For consumers, the borderless EU is a great boon to their telecommunications needs,” said Starhome Mach CEO Itai Margalit. “However, with the exponential increase in data roaming, operators will need to implement solutions that allow them to closely track and analyse the changing reality and take needed actions on both the retail and wholesale levels while ensuring they keep their customers informed.”