Connectivity, collaboration, consolidation: What’s in store for telecoms in 2017? 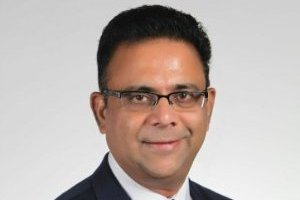 It’s been a hectic year for the global telecoms industry. Unexpected political results have caused uncertainty the world over, with the full repercussions of the UK’s Brexit vote and Trump’s election victory yet to be seen.

We’ve also seen major investment in fibre roll out programmes to implement broadband networks globally; and that is set to continue as the world’s key markets look to embrace the digital era. Looking ahead, what do the next 12 months hold for the world’s major carriers and network operators?

2017 will be the year when the Internet of Things (IoT) comes to the fore. As consumers, we already own an average of 3.64 connected devices each, and this is set to grow, as more of our home appliances are connected to the internet. Each of these devices generates bytes of data, causing volumes of traffic to grow exponentially, says Sanjay Krishnaa, senior vice president– Communications & president – Asia Pacific Region, Cyient.

This is impacting carriers in two ways: Firstly, they’re investing in cloud hosting services. As data volumes continue to grow, so too does the need for robust infrastructure to store these terabytes of information about customer behaviour.

If this infrastructure can be hosted in the cloud, carriers can not only reduce their operational costs, but also find new ways to manage their networks more efficiently. Secondly, they’re increasing their investment in data analytics.

Consumer habits are shifting, and to understand how their customers are using their connected services, carriers are ploughing money into analysing this data. In turn, this is enabling them to better respond to customer demands and evolve their service offering.

Smart city projects to be rolled out

While the smart cities programme has already been initiated in pockets around the world, we haven’t yet seen extensive implementation.

In these pockets, we see organisations lobbying to deliver smarter services, which are being fuelled by initiatives like the EU’s GrowSmarter project. However, there needs to be increased collaboration between different sectors for cities to be considered truly smart. Carriers will need to connect public transport, healthcare, local government, utilities and so on, to enable seamless services for citizens.

Telecoms providers are constantly on the lookout for new ways to compete and grow their market share. Next year, European carriers will have to battle it out to ensure their UK customers are getting the best deal in the wake of the Brexit vote, due to the uncertainty over EU data roaming charges.

Stiff competition is also shaping other key global markets, such as India. In September this year, Reliance Jio was launched, offering free lifetime voice calls to new customers. Threatened by the announcement, many of the other network service providers in the country have slashed their own tariffs and data plans in a bid to attract more customers. This is only set to continue into 2017, as carriers increasingly look to diversify their services and offer new revenue streams to survive.

As consumer demands for quad-play services rise, we’re set to see increased activity in mergers and acquisitions, with the major carriers recognising that future profits lie in content. In the UK market, BT completed its £12.5bn (US$ 15.53billion) acquisition of EE earlier this year.

Looking at the global stage, Liberty Global is investing heavily in integration partners across Europe, Latin America and the Caribbean, and Verizon is continuing its talks to take over Yahoo. This level of consolidation will continue for the next five years, with many of the smaller carriers being swallowed by the larger players. In the future, I see each market as being dominated by just a couple of major carriers, rather than the several small to medium carriers we see today.

Security in the spotlight

As smartphones become more sophisticated, consumers are increasingly using them to not only make calls and send messages, but also to social network, make payments and navigate their way around. With services increasingly being converged on to a single device therefore, network operators will be responsible for securing their customers’ data.

Cyber-attacks are becoming all too common, with hackers targeting network providers for maximum impact, rather than individual users. The onus lies with these players to batten down the hatches and invest in solutions to protect both corporate and customer data.

For an industry that touches every market sector, 2017 is set to be just as frenetically-paced for telecoms providers as the last 12 months. A series of technological developments will define the year, and it will be interesting to watch as the space evolves. Consumers will continue to dictate the pace of change, and it will be those carriers that can deliver their services most efficiently that will come out on top.