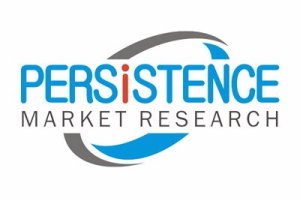 According to a report by New York-based Persistence Market Research (PMR), the global market for 4G (LTE) devices is expected to expand at a strong compound annual growth rate (CAGR) of more than 13% from 2016 to 2024.

Inclination towards advanced technological networking solutions by consumers and rapid adoption of smart devices encrypted with artificial intelligent programming is expected to propel the demand for 4G (LTE) devices. Moreover, available features such as higher screen resolutions, low rate of network latency, and enhanced battery backup and alluring consumers to shift to 4G (LTE) devices and increase their popularity across the globe.

By launching innovating devices both at domestic and international levels manufacturers are significantly influencing the global market of 4G (LTE) devices. In addition manufacturers are jointly working with network providing companies to offer better services and make devices at lower pricing. Encouraging government policies in various parts of the world is expected to positively impact the global market for 4G (LTE) devices. The growing economic strength of the region is anticipated to reflect new market opportunities for low-end 4G (LTE) tablets and smartphones manufacturers attributed to the presence of advanced network infrastructure.

Based on distribution channel, the global market for 4G (LTE) devices is segmented into single brand store multi-brand Store (Independent or Organised), and online. The single brand store distribution channel is anticipated to witness healthy growth through 2024 as compared to other two segments, which are anticipated to grow at relatively lower rates.

On the basis of region, the global market for 4G (LTE) devices is segmented into North America, Asia-Pacific, Europe, Latin America, and the Middle East & Africa (MEA). The markets in North America and Asia Pacific are anticipated to expand at healthy CAGR during the forecast period.

The market in Asia Pacific (APAC) is anticipated to reflect an incremental opportunity of US$ 315 Billion through 2024. In addition, large consumer base in countries such as India, China and Indonesia is expected to supplement the growth of the market in APAC. By the end of 2016, the 4G (LTE) devices market in APAC is expected to account for over 35% market share in terms of value.

North America is foreseen to maintain similar position as the second largest 4G (LTE) devices market during the forecast period. This is due to high usage of mobile device in the region. On the other hand, Europe has a small but significant market share compared to other dominant regions, as device manufacturers in Europe are comparatively less prominent

For more information go to http://www.persistencemarketresearch.com/market-research/4g-lte-devices-market.asp