Well-defined network metrics are fundamental to optimising capex beyond 4G 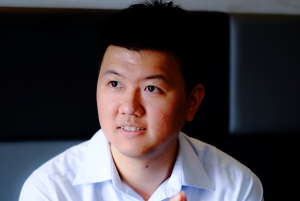 “Mobile network operators (MNOs) have made significant investments in recent years to launch 4G networks but capex is likely to remain high in the foreseeable future.”

MNOs have reported that capex has accounted for more than 10% of revenue since launching 4G networks. This is unlike the 2G and 3G eras when capex was significantly lower.

Carrier aggregation (CA) is gaining momentum; 3CA was launched in South Korea in January 2015, and 4CA and 5CA are expected in 2017 and 2019 respectively. Furthermore, it is expected that operators will need to continue to invest in 4G for the foreseeable future because 5G is not expected until after 2020. Declining EBITDA margins are also putting operators under pressure to improve their ability to monetise future network investments, says Dion Teo, manager, Analysys Mason.

It is also possible to optimise ongoing investments in network deployment and CFOs are asking network departments to justify capex. However, the lack of an agreed and quantified approach often creates tension and can render the discussion into a deadlock.

Traffic was highly correlated to revenue in the 2G and 3G world but this is no longer the case in the 4G world. With 4G, additional capacity deployment to improve headline speeds and user experience increases realisable user throughput but can also lead to a lower ‘network utilisation’.

Therefore, new KPIs linked to revenue generation are needed to justify investment in CA. A better user experience may be correlated to higher ARPU and/or lower churn rate.

Network metrics are traditionally the network team’s sole responsibility. However, given that the network department does not have access to subscriber revenue and/or margin data, the marketing team needs be jointly responsible for the metrics that affect revenue potential. The resultant output would then be used to justify planned investments to the finance department.

Operators need to establish an analytical and data-driven approach to network metrics that forms the foundation for capex optimisation and sets up a common language for discussion between network, marketing and finance departments

After developing the agreed set of network metrics, telecoms operators will need to conduct an internal pilot project to test the revised network metrics. This project might involve the Information Systems department to automate reporting.

Designing a new set of metrics that can be used by marketing, network and finance departments will enable operators to reap the following benefits:

The author of this blog is Dion Teo, manager, Analysys Mason

This article first appeared on www.analysysmason.com