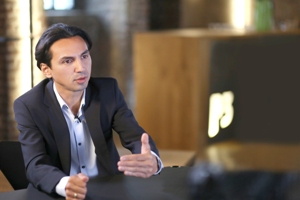 P3, an international consulting, engineering and testing services company, has announced that mobile network operators EE and Vodafone share the top-spot in its industry-leading tests measuring the quality of network performance in the UK.

EE and Vodafone emerged with exactly the same overall score of 803 points (out of a possible 1,000) from the P3 connect Mobile Benchmark, which was conducted by P3 in September. Three was in third place, having scored 778 points overall. The comprehensive tests measured the quality of performance provided by the UK’s four networks – Vodafone, EE, Three and O2 – using a highly sophisticated range of benchmarks in 13 UK cities, a range of smaller towns and along 2,000 miles of major roads.

The results were good news overall, with three of the four operators achieving “good” ratings, which has never happened in the three years of P3 testing in UK. O2, which scored 747 points overall, earned a “satisfactory” rating.

Vodafone made the biggest improvement on last year’s results, coming out best in the benchmarks measuring voice-call quality. O2 was the second most-improved network, followed by Three and EE. EE lost ground to competitors in the voice category, but was strongest in the testing scenarios for data transmission, including services such as web-browsing, transferring files and playing HD YouTube content.

Three lost the top spot in the voice category it achieved in last year’s tests, but had a strong set of results for voice-quality along roads and in smaller towns. O2 posted good results for voice.

The tests, which have been conducted by P3 since 2014, are now the most trusted benchmark among UK operators, measuring voice and data performance on 3G and 4G networks, using LTE-capable smartphones. The results allow the operators to compare the ordinary user’s experience of each network through a series of measurements taken while driving, walking and indoors, covering major metropolitan areas and smaller towns, their connecting roads and major highways. Test metrics cover voice-call quality, success-rates, file upload and download speeds, website access and mobile video performance. “Our tests are good news for the UK’s mobile customers, because for the first time three networks are in our ‘good’ category, even though this year’s tests were the toughest yet,” said Hakan Ekmen, CEO P3 communications GmbH. “It is gratifying that over the three years we have been testing we can see substantial improvements in the overall quality of service, which is a clear indication of how our benchmarks are helping to drive improvements in the networks.”

“High-quality connectivity is going to be essential to the UK’s future quality of life and competitiveness and our tests mark the country’s progress towards embracing the many opportunities that will unfold.”

The independent benchmark methodology of P3 has become the leading resource for operators internationally and is highly anticipated by the operator community. Assuring a fair, transparent and neutral evaluation of the networks across consistent test environments, the benchmark establishes a clear test-ranking and overall test winner.

At the same time, it allows a quantitative drill-down into each of the categories, with P3 using its own experience of scoring and reporting from other international benchmarks.