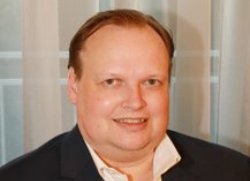 Emagine International, a provider of real-time contextual customer marketing software and managed services for communications service providers (CSPs), has announced the appointment of Mark Chambers as the company’s new director of CVM Consulting.

Effective immediately, Mark will spearhead the company’s CVM Consulting arm with an aim to bring CVM best practices to Emagine’s clients, and assist them to maximise the return on CVM capability investments in people, process and systems.

Dave Peters, CEO of Emagine International commented, “Mark has unrivalled experience in driving the international expansion of data driven marketing across multiple countries. His vision and leadership will be instrumental as Emagine continues to expand. With Mark on board, Emagine’s customers can look forward to even more innovation within its CVM consulting division.”

Commenting on his new role, Mark Chambers said, “I am delighted to be taking on this role at such a significant time for the company and the industry in general. We’re in a phase of the market where mobile operators and utility providers need the data and insight to better engage with their customers in a meaningful way. Emagine is already a leader in this space and has a very exciting role to play as the market continues to rapidly develop.”