The new data-plumbing that gets telcos going in double-quick time: Part 1 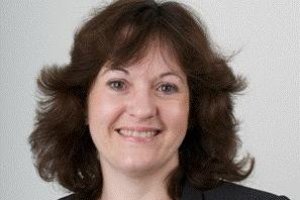 Telecommunications companies now have to squeeze the maximum value from all of their data faster and more accurately than ever.

Not only must they compete with the initiatives of rivals, new demands are being placed on them from industry watchdogs eager for accurate and easily digestible reports and audits.

However, as data volumes balloon, severe problems are emerging with regard to the quality, consistency, provenance, duplication and accessibility of data in large enterprises such as banks, insurance companies and telecommunications providers, says Elaine Fletcher, partner at Teradata.

Resolving these challenges using traditional methods diverts key staff and costs companies unnecessarily large amounts of time and budget, putting them at risk of losing out to competitors.

Which is why more forward-looking telcos are now adopting the Metadata Driven Estate (MDE) approach, which is rapidly proving to be roughly 50% to 75% faster, cheaper and more accurate than traditional approaches..

MDE’s high degree of automation minimises the need for costly/slow humans to write software. Itaccurately discovers and documents the “as is” movements and transformations of data that occur between the source systems (e.g. raw Call Data Records) through intermediate systems (e.g. data warehouse) then over to the business end users. The industry term for this is end to end Data Lineage.

MDE also analyses how data is used by business end users and by applications such as marketing campaigns. This allows you to easily change the business rules that transform/re-purpose your data so that you can quickly deliver new functionality or add new data feeds in pace with changing business needs. This highly-advanced form of data-plumbing is enabling businesses to save millions of pounds by integrating faster, more accurately and more cheaply than ever, irrespective of technology , e.g. new hadoop data platforms, legacy mainframes, specialist Teradata appliances.

As well as providing huge advances in data quality and massive reductions in build costs and operational overheads, the MDE is also giving organisations the power to boost their revenues – most obviously by slashing the time it takes to deploy lucrative multi-channel marketing campaigns that require highly-flexible and quickly-configurable data provisioning of new data feeds.. Unfortunately for telecommunications companies, the sheer length of time that it takes to provision marketing applications can be such a drawback that it negates all the benefits.

Whereas the application can be fully functional in hours, using traditional approaches it can take 18 months to provision it with reliably accurate data that gives the company a single view of the customer. Hardly surprising when it commonly involves sorting through petabytes of data coming from 20 or 30 different databases.

The MDE approach, however, means provisioning can take place in weeks, rather than months, regardless of the technology involved. For example, this year a Tier-1 UK client has used MDE to reduce the total cost of ownership of their massive 2 petabyte data estate and deliver data lineage, data governance and new data feeds, so improving competitiveness.

They achieved this in less than six months! Prior to this they had tried for several years but were defeated by the complexity and sheer volumes of their >500 million queries into >4,000 Databases from > 3,600 Users. MDE used automation to accurately process this complex estate, quickly and cheaply. It means the application is delivering a big return on investment far more quickly, allowing the organisation to build its market share with much greater momentum.

The author of this blog is Elaine Fletcher, partner at Teradata.

I am very glad to see such information which I was searching for a long time.