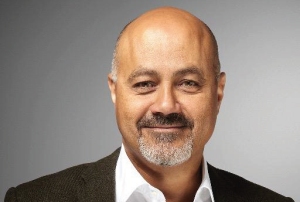 Britain’s vote to leave the European Union (EU) (called Brexit) is already leading to actions that are ‘silently killing’ the UK’s technology sector, according to a London-based tech M&A advisory firm, Magister Advisors. A Magister Advisors poll of the fastest-growing UK technology companies suggests that half the key talent on average is British, 30% from other EU countries and 20% from further afield. The uncertainty generated by Brexit raises an immediate question mark over the future of half of the technology talent currently deployed in the UK’s hitherto thriving technology industry.

Magister Advisors also sees the impact of uncertainty immediately manifesting itself with fast growing employers. Victor Basta, the firm’s managing director said: “On June 23rd the board of a 700-person software company met to decide where to add 100 engineers in Europe.

First choice was London, but if Brexit happened, they would opt for Germany. On June 24th 100 highly-skilled tech jobs silently and irreparably left the UK’s fastest growing sector. A UK fin-tech company had to decide during August whether to expand its Dublin or London operations. The board voted unanimously; the company had to become Brexit-proof, so dozens of jobs shifted without fanfare to Dublin.”

“We wish these were just examples to make a point, but they are not. These are real decisions taken by experienced boards. Across UK tech this is repeating weekly.”

Jobs that would automatically be created in the UK are on hold, Magister Advisors finds, or worse, permanently shifting abroad. A few start-ups have already relocated, and the Berlin government has commissioned a bus to drive around London promoting Berlin as a cheaper tech base guaranteed to remain in Europe.

Victor Basta added: “The reason for all this isn’t Brexit itself; no one can guess what it will actually mean, or how negative its implications. The silent killer is the uncertainty Brexit now forces fast-growth companies to confront.

Look at it from the perspective of a company doubling in size every year: the winners everyone wants to encourage. Their CEOs face so many critical decisions, and so much risk already, and the last thing they need is basic regulatory and economic uncertainty. De-risking inevitably means fewer jobs, and lower investment, in their UK activities.”

“While the UK government is admirably working at government warp-speed, unfortunately tech moves 100x faster. An incalculable number of jobs, and future growth, will have shifted elsewhere in Europe by the time Article 50 is triggered, and unless there is unprecedented clarity upfront about what Brexit will actually look like, the best tech companies will have to assume the worst and act accordingly.”

Factors that mitigate against investment, according to Magister Advisors, include:

Victor Basta added: “If this sounds like a “Remain” polemic, it isn’t. Brexit may well work out, and the UK government may cut a departure deal, at least in principle, at warp speed. Brexit may even mean economic growth from direct relationships beyond the EU.

But uncertainty is corrosive: Japan’s recent message to the UK and EU was a plea for a transparent, predictable process and outcome. Even six months of uncertainty could mean thousands of the very best jobs being created elsewhere in Europe. A year or two of uncertainty could unravel the last decade of government effort to nurture a world-class tech ecosystem around the London area.

From a tech industry perspective, there can be no Brexit benefit remotely worth this incalculable risk, and cost, to the industry as a whole. The lines at UK Border Control are like critical lines of software code. Post-Brexit much of that code could be deleted,” said Magister.