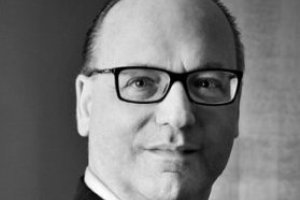 The cloud, hyper-converged, open-source software, and flash-based storage solutions have seemingly combined to ring the death knell for legacy high-end storage arrays. But there is a glimmer of hope for traditional storage both now and into the future, according to Gary Quinn, president, and CEO of New York-based FalconStor Software® Inc.

Traditional storage vendors have a financial incentive to keep customers locked into their proprietary solutions for as long as possible. From premium pricing on both equipment and service contracts, it is simply not in their best interest to embrace new technology solutions – even in their marketing efforts / campaigns – because revenue streams are built on selling arrays and components.

Not only are their customers locked in, but they are also resistant to change. They are leery of alternative solutions, despite the expense, because these legacy solutions protect their most valuable business asset.

In addition to simply protecting data, enterprises are now looking for improved performance to gain additional value from their stored information. Traditional storage can only achieve high IOPs by adding large amounts of disk drives within a single system. Adding hardware leads to further CAPEX and OPEX as the equipment must be purchased and maintained.

Although traditional vendors have tried to overcome disk limitations by adding flash in a hybrid configuration, the legacy architecture does not truly support the effectiveness of flash to deliver the performance needed. Also, hybrid arrays cannot be easily shared across multiple systems, leading to inefficiency.

Software-defined storage (SDS) that utilises commodity hardware provides smart economics, scalability, and flexibility that traditional storage vendors will not be able to compete with. While traditional storage vendors are still fighting to defend their high margins, a shift in customer preference to commodity products at an attractive price will necessitate that vendors promote value in management layer. The hardware is essentially the same.

The latter adds a new virtualisation layer to existing storage and connects various storage systems to create a composite virtualised storage resource pool with a variety of services including snapshots, disaster recovery, deduplication, and CDP. This approach unlocks the capabilities of customers’ existing investment in storage hardware by allowing users to easily achieve data flow, migration, and management across heterogeneous storage systems.

SDS combined with flash cache is the only way to get optimised IOPs per dollar. SDS can be used to flexibly allocate storage across multiple systems, using cache to leverage the benefits of flash. With data centre-level SDS, such as FalconStor FreeStor®, flash storage can sit on top of cheap commodity traditional storage to deliver blazing performance when and where it is needed with a cost-effective resting place for data that does not need to be processed at high speed.

To paraphrase Mark Twain, rumors of legacy storage’s demise have been greatly exaggerated, but its future is largely dependent on how organisations can adapt its usage to the modern data centre. Several approaches have emerged as replacements to traditional storage but we at FalconStor feel that legacy equipment still retains value and can be utilised in conjunction with software-defined storage solutions to easily optimise resources based on business and application needs.

FreeStor enables the mixing and matching of storage platforms while delivering common data services and management regardless of type, location or vendor. This approach will help organisations modernise their data centre without vendor lock-in.

During the past 16 years, FreeStor, including its previous versions, has been installed on over 100,000 servers worldwide. In comparison, virtualisation solutions by storage system vendors often involve moving storage arrays of other companies to its own systems, leading to many compatibility issues. Many users have come across problems such as performance impact and functionality loss during deployment.

FreeStor’s cluster infrastructure, along with all-flash array vendors’ close co-operation verifies its high-performance and ensures hardware compatibility. In contrast with the storage virtualisation solution of storage array suppliers, as a third-party software provider, FalconStor software can connect with almost all storage products and will not become a new manufacturer lock-in.