Can smart, hybrid-access technology be the panacea for delivering universal high-speed broadband services? 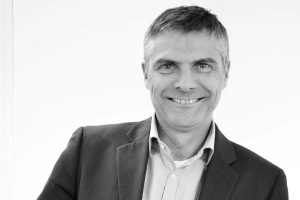 OneAccess product marketing manager, Thierry Masson believes that the success of the European Broadband Access via integrated Terrestrial & Satellite Systems (BATS) project means that operators now have an alternative to fiber as a means of meeting the EU Digital targets as well as providing an improved Quality of Experience (QoE) for all customers.

As time goes by with no sign that the major European operators have the investment appetite needed to extend their fiber networks to the outer reaches of their geographic coverage areas, it is increasingly clear that the EU 2020 target date for a universal 30Mbs broadband service is going to be increasingly difficult to achieve.

Although it is widely accepted that high speed broadband access for all is a critical factor for the long term economic success of individual EU member nations, the cost and technical challenges involved in connecting remote, hard to reach areas to a fiber network means that operators need to find another, more affordable solution to the problem if they are to meet (or even get close to) the target date.

This was essentially the remit for the European Union funded Broadband Access via Integrated Terrestrial & Satellite Systems project (BATS), which completed its three year research and POC programme in late 2015.

As the name suggests the BATS consortium of partner companies was given the task of establishing a way for operators to efficiently integrate existing ADSL, MPLS, satellite and LTE networks so as to enable deployment of hybrid solutions capable of delivering fiber-like performance over a widespread geographic area.

As an active partner in the project OneAccess was able to bring its extensive R&D experience in multi-service access routers and customer premises equipment (CPE), gained through working closely with major operators and ISPs, to the table. This included the development of WAN optimised routers capable of supporting the full range of terrestrial access technologies and the latest high-speed satellite networks, both as a primary broadband access link or as a back-up/off-load option.

This experience proved to be invaluable to the project and, in particular, to the development of the Hybrid-CPE and Access Gateway technology capable of supporting seamless, multipath traffic routing in real-time, needed to optimise the different performance characteristics of the various access links.

The ultimate vision for the BATS project was to establish the principles for an MP-TCP protocol capable of routing both interactive and large FTP traffic via the optimal link in terms of their respective bandwidth, latency and cost characteristics. A key breakthrough in achieving this goal was the adoption of a packet-based approach to link distribution, meaning that all links could be used simultaneously for maximum bandwidth aggregation.

Previously link distribution typically used a less granular, session-based approach, which limited the flexibility to switch between high bandwidth/high latency and high bandwidth/low latency connections in mid-session depending on the type of traffic.

Packet-based link distribution enables a session to be split across multiple pathways using real-time link estimation combined with weighted round-robin and the object length to select the optimum network path, without disrupting the connection, to deliver enhanced QoE.

This approach has been shown to offer significant performance improvements in the BATS laboratory as well as real-network field trials with increases in file transfer speeds of between 47% and 87% in some cases, using a combination of both interactive and large data files over different combinations of ADSL/Satellite and ADSL/4G connections.

With the formal part of the BATS project completed and its primary objectives achieved operators now have a proven alternative to high cost fiber roll-outs to help them meet their national broadband targets and thus provide a reliable, high-speed broadband network experience for the majority of their country’s population.

The author of this blog is Thierry Masson, product marketing manager at OneAccess.