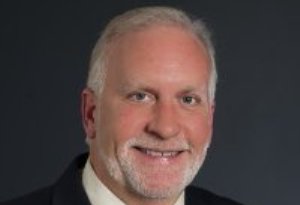 Cyber attacks aren’t slowing down – in fact, 76% of organisations have experienced a breach within the last two years (a rise of 9% on the equivalent 2014 study by the Ponemon Institute).

Enterprises of all sizes, across every industry, are challenged to respond to increasingly complex and severe attacks – often only learning about the size, severity, and type of incident they’re dealing with as their security teams work to stop them. However, many organisations continue to maintain a reactive approach – implementing stand-alone point solutions that only fragment and silo security efforts.

NSFOCUS, a global network and application security provider, recommends an intelligent hybrid security approach based on harnessing true global threat intelligence across an organisation’s cyber defences (hybrid cloud and on-premises), and turning that insight into action – to proactively and holistically protect assets across the organisation.

“Cybercriminals have been trying to gain access to protected networks since the dawn of the Internet,” said Stephen Gates, chief research intelligence analyst at NSFOCUS. “In response, security teams implement counter-measures to try and keep them at bay – like anti-virus, DDoS defenses, intrusion preventions systems, web application firewalls, and a host of other security technologies. This segmented approach has led to visibility tools like log aggregators, SIEMs, and traffic analysers – but has proven to be a poor attempt to get a holistic look at the threat landscape. In reality, these solutions have created security silos that require specialised teams, and result in a limited, expensive and ineffective approach to security.”

NSFOCUS advises enterprises to move toward an intelligent hybrid security model by taking the following steps:

“Security departments have spent countless amounts of money trying to undo the damage caused by hackers, while simultaneously bleeding their budget in a futile effort to proactively protect themselves from increasingly malicious campaigns,” said Allan Thompson, chief operating officer, NSFOCUS. “It is no longer enough to implement disparate security solutions and hope that they will work together. If organisations aren’t looking at security holistically, taking an intelligent hybrid approach, and working to get ahead of attacks using real, actionable threat intelligence, they will continue to remain vulnerable and at great risk. NSFOCUS is committed to developing solutions and services that empower intelligence-in-action to proactively protect global businesses from threats across their entire network.”