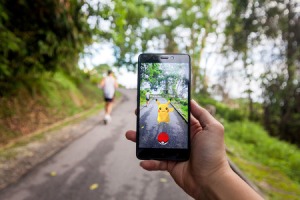 Pokémon GO is just the tip of the mobile augmented reality (AR) gaming iceberg when it comes to user interest, according to a Vasona Networks survey of people who play the game.

The survey revealed that of the 11% of U.S. online consumers that play Pokémon GO, half would play similar mobile games that let them interact with characters in real-life situations. Most respondents play Pokémon GO at least weekly and more than two-thirds plan to play future versions.

The trend is a boon for game developers, but could spell trouble for mobile operators, especially as gamers clamor for more data-intensive features that could wreak havoc on already-congested wireless networks.

According to the survey of Pokémon GO players:

23% say the most exciting part of the game is playing outside, while an additional 17% cite the AR aspect as most exciting;

69% plan to play future versions of the game, while 24% are unsure of future usage; and

Some Pokémon GO players consider the impact the game will have on their mobile data uptake. If data were free, 51% say they would play more often, and an additional 26% said they might. Still, 35% of respondents worry about data usage when they’re out capturing Pokémon. As some operators experiment with new unlimited data plans, AR gaming traffic could spike accordingly.

“Mobile operators caught a lucky break with Pokémon GO’s relatively low data traffic impact,” said John Reister, director of product management for Vasona Networks. “The next big mobile AR sensation could come overnight, as this one seemed to. Operators need to ask themselves, how data-intensive might the next game be as developers integrate more features, and how will my network react?”

The future Pokémon GO features that survey respondents said they were most hopeful for would cause the app to have a more significant data impact. When asked which one feature they most look forward to:

26% said real-time syncing to see location and progress of friends;

21% said characters that can react to player actions;

6% said to be able to live stream game commentary. Pokémon GO also appears to be taking most players outside of their typical app usage comfort zone. When not playing the game, 55% of respondents use a social networking or messaging app (e.g. Facebook, Instagram), followed by video streaming (e.g. Netflix, YouTube) and web browsing (both at 12%). Just 7% said that when not playing Pokémon GO, they are likely to be playing another mobile game.

“The tides of traffic on mobile networks are changing more rapidly than ever before, and this particular game had an immediate, if not large, impact,” said Reister. “As operators invest in existing networks and start building bridges to 5G, they must prepare for consumer demand for time-sensitive, low-latency traffic. Above all, they must continue offering solid customer experiences.”

Vasona Networks, which provides edge computing software platforms to meet rising network and customer experience demands, conducted the online survey August 17 – 23. The questions were fielded by 506 U.S. consumers aged 18 and over who indicated that they play Pokémon GO.