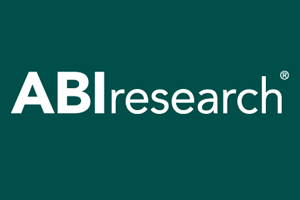 LTE deployment is spiking the adoption of diameter signaling, the protocol that servers and software use to communicate within the core of the LTE network. ABI Research forecasts global LTE subscriptions will reach nearly four billion by 2021. The subscriptions will rely on Evolved Packet Core (EPC), Voice over LTE (VoLTE), and IP Multimedia Subsystem (IMS) networks, all which use diameter signaling.

“As mobile operators migrate to 4G LTE for key services, such as voice and video calls, the demand for diameter signaling will increase,” said Sabir Rafiq, research analyst at ABI Research. “Though Diameter Signaling is a requirement for LTE communication, we expect operators will demand Diameter Interworking Functions for their legacy networks for the foreseeable future.”

Even with the growth in LTE subscriptions and deployments, Signaling System 7 (SS7) is not left for dead. SS7 and diameter-based signaling networks usage varies in different regions. To address these needs, ABI Research expects vendors’ Diameter Interworking Functions (IWF) will serve as a bridge between legacy 2G/3G networks and 4G LTE networks. IWF allows for a seamless transition between LTE and 2G/3G networks through protocol conversion and behavioral translation.

“IWF will allow mobile operators to support the legacy SS7 of 2G and 3G networks,” concluded Lian Jye Su, senior analyst at ABI Research. “These networks may become increasingly expensive as vendors reduce investment in those technologies while maintaining the forward momentum of 4G LTE that requires diameter–based signaling.”

These findings are from ABI Research’s Signaling in Mobile Broadband: Diameter and SS7. This report is part of the company’s Future Networks sector, which includes research, data, and analyst insights.