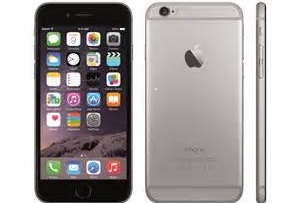 Apple has lost its habitual ‘leader’ position to Android in the eternal smartphone performance battle. This is according to the Q2 2016 State of Mobile Device Performance and Health report released by Blancco Technology Group.

Suffering crashing apps, WiFi connectivity and other performance issues, the iOS failure rate more than doubled to 58% in the second quarter of 2016, compared to its 25% failure rate in the previous quarter.

Out of the 58% of iOS devices that failed, iPhone 6 had the highest failure rate (29%), followed by iPhone 6S (23%) and iPhone 6S Plus (14%). Meanwhile, combined sales of the iPhone 6S and iPhone 6S Plus totaled 15.1% in Q2 2016, according to Kantar Worldpanel Comtech’s latest smartphone OS market share data. These combined findings suggest that software bug updates, hardware defects and smartphone operating system market share growth may have contributed to the high iOS failure rates.

“Ever since the first iPhone was introduced in 2007, Apple’s iOS has been a force to be reckoned with – launching new models every year and raking in strong sales and revenue quarter after quarter,” said Richard Stiennon, chief strategy Officer, Blancco Technology Group. “But our data suggests that the performance battle between iOS, Android and other operating systems is constantly changing and is likely to be influenced by several factors. As industry experts, wireless carriers and consumers look ahead to the highly anticipated launch of the iPhone 7 in September, it will be interesting to see how the new model’s features may, or may not, impact the phone’s performance.”

Key highlights from the Q2 2016 trend report include:

Stiennon concluded, “As a customer, it’s frustrating when customer service and repair specialists can’t figure out why a device is lagging, crashing or failing altogether. By combining the sophisticated technology of the SmartChk platform with its easy-to-use interface and business intelligence dashboard, mobile carriers and device manufacturers can deliver more reliable customer service, reduce NTF returns and lower customer churn. If mobile users don’t have all of their post-sales customer experience needs met, they are more likely to ditch their existing carriers and manufacturers for different ones.”

To understand the correlation between device diagnostics and NTF returns, try the NTF Savings Calculator and get a breakdown of the annual costs mobile service providers are needlessly incurring from inaccurately diagnosing device issues.