Why Japan is ahead of Europe in direct carrier billing penetration 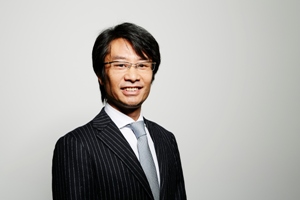 M-commerce has been gaining acceptance across the world, particularly in developing markets where fixed lines of communication are less available.

In Europe, we’ve seen a number of direct carrier billing (DCB) integrations, mainly for digital goods, says Hiroyuki Sato of DOCOMO Digital. Ovum predicts the next step for DCB in Europe will be physical goods. Progress; however, has been slow due to a lack of appetite from operators to unite to provide DCB at the same locations.

Internationally the leader in DCB, particularly for physical goods, is Japan. Since the start of the 20th century, the far east has developed into one of the most technologically advanced regions in the world. High levels of advancement are evident more than anything else in mobile, with Ovum estimating that the Asia Pacific region makes up well over half of global DCB revenue with a multi-billion dollar worth.

DCB as a payment option

In my country Japan, DCB is seen as just another available payment method. A major payment channel for digital content and services, DCB accounts for over 70% of purchases on the Google Play store. We’ve more recently seen growth in DCB for physical goods in Japan, meaning we rarely need to carry wallets, and only need to worry about paying one bill for our phone/credit card.

Japan has done so well at integrating DCB because the system has been evolving for many years. The ecosystem started to develop back in 1999 with the launch of I-mode as a means for consumers to purchase content on their feature phone. This was gradually evolved from digital to physical, and customers have in the last decade fully embraced DCB as a major payment method.

The disproportionate growth in Japan has according to Ovum been down to two a number of factors: an unusually high app revenue to user, Google Play’s long established connections in the region, and a $2 billion web-based mobile games market in Japan that is largely mobile billed.

Merchants in Japan have also adopted DCB as a payment option as it is seen as a good opportunity. Unlike in Europe, with credit card penetration low DCB is seen by merchants in Japan as a valuable alternative to cash in the physical world. Paying for goods such as clothes, transport and groceries with DCB is relatively normal in Japan. It is also regularly used on online auction sites such as Yahoo Auction or Rakuten, as DCB is inherently more secure than credit cards. One of my favorite use cases is on transport. In Japanese cities consumers can charge prepaid transportation cards from their mobile phones, making buying a ticket quicker and more efficient.

To me the difference between DCB penetration in Japan and Europe is the level of opportunity. The European continent, tied by union wide regulation, is made up of some of the most technologically advanced nations on the planet. There is an opportunity for quicker and safer payment methods to be introduced for physical goods.

Since its inception in Japan, DCB has often been used as a replacement for credit cards, rather than a brand new means of payment. In Europe on the other hand, credit card penetration is high, so there is an opportunity for operators to introduce DCB for physical goods as a new cutting edge approach.

In May 2016, a revised payments directive (PSD2) was introduced in Europe which has helped to create a level playing field for FinTech startups. With the regulatory easing that comes with the new mandate, now is the perfect time for operators to introduce DCB for physical goods, leveraging their own customer base, authentication and billing capabilities to ensure its success. The demand is there and from our own research, conducted by Ovum, we know that there is a potential $142 billion available in m-commerce revenue for operators between now and 2020 but only if they make the jump to fully support DCB for physical goods.

European operators have the technology; however, they need to fully introduce DCB and encourage usage through loyalty programs, wallet services and eventually big-data driven recommendations to enhance consumer payment habits. DCB is key to the future of payments in Europe and operators can learn from their Japanese counterparts.

The author of the blog is Hiroyuki Sato, CEO of DOCOMO Digital