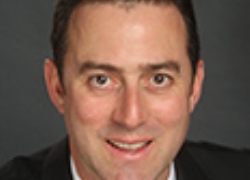 As director of RAN product introduction at AT&T, Orloff is said to bring a wealth of real world, dense network deployment experience, “making him ideally placed to lead SCF’s new work programme to lay the groundwork for 5G,” said the Forum.

At its Rome plenary in September, Small Cell Forum will launch a new work programme that brings together all its key work items into two high-impact streams – ‘Deploying Hyperdense Networks’ and ‘Enabling Digitised Enterprise’. These will tie together all the Forum’s projects across the HetNet and create a powerful framework for the transition to 5G.

In his current role at AT&T, and previously as director of small cell platforms, Orloff has gained experience at the cutting edge of deployment, in both the areas covered by these work streams. In particular, AT&T is a leader in enterprise in-building networks to support new processes and business models.

“There are a lot of smart people out there working on access technology for 5G. Small Cell Forum is focused on delivering the enabling technologies and architecture to ensure the automation, service delivery and interoperability required to make 5G a success,” said Orloff. “I am honoured to take this role at an extremely exciting time for small cells, which are now poised to be the foundation of the dense HetNet and of 5G architectures.”

Sue Monahan, CEO of Small Cell Forum, said: “I would like to thank Alan Law for his stellar leadership at a critical time for the industry. Small cells have made enormous progress and are set to be the primary enabler of future networks for enterprise, dense urban and rural services.

The Forum under Alan’s leadership over the last two years has been a major catalyst for that growth, but there are still many challenges ahead. I know David, with his deep level of experience of this industry and passion for the technology, will be the ideal person to take the Forum’s work even further.”

The new chair’s top priority will be to ensure that the two work streams build on, and accelerate, the significant progress achieved in the 2015-16 program. This focused on six critical enablers of the HetNet and saw the publication of three major Releases – Smart Enterprise, and two addressing HetNet and SON, including a major new architecture framework.

Each of the new work streams has several operator and vendor champions who will provide a leadership role. For ‘Deploying Hyperdense Networks’, the champions are AT&T, Reliance Jio and Airhop; while for ‘Enabling Digitalised Enterprise’ they are Vodafone, Cisco, Huawei and Spidercloud.

These tie together all the Forum’s projects across the HetNet and create a powerful framework for the transition to 5G. It is a carrier-led organisation. This means its operator members establish requirements that drive the activities and outputs of our technical groups.

Today its members are driving solutions that include small cell/Wi-Fi integration, SON evolution, virtualisation of the small cell layer, driving mass adoption via multi-operator neutral host, ensuring a common approach to service APIs to drive commercialisation and the integration of small cells into 5G standards evolution.