The telecoms industry and NFV – How the cloud is virtualising 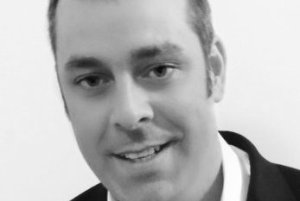 As the industry moves towards the next generation of telecommunication with 5G technology, cutting-edge Communication Service Providers (CSPs) are turning to the cloud to virtualise their network infrastructure.

To be effective, though, they need technology that automates and scales on a level not seen before in cloud deployments. Nicolas Lemieux, director, Information and Communications Technologies at Canonical, explained.

Canonical’s Mark Shuttleworth built his own LTE network last month. It’s not his latest venture; he was simply showcasing just one example of the power of scalable, simple cloud services deployments.

Before server virtualisation became commonplace, every server had a single operating system, typically a single application, and connected to one or many legacy switch ports. Network control and data flow were all managed at an individual switch level, and every network component throughout the network infrastructure, from routers to advanced network services like load balancers, was locally and individually managed. This caused two major issues, firstly that the control of the network equipment was tied to each device and secondly that the network equipment capability was fairly inflexible

While network infrastructure is following the path of server hardware, which migrated from application specific servers to virtual machines, it is by no means a complete journey. The industry is migrating from function-specific network hardware to software-based virtual functions, and will be discussing and using software defined networking (SDN) virtualised network functions (VNF) and network functions virtualisation (NFV).

The premise of SDN and NFV technologies isn’t new, but within telco organisations in particular, their rapidly expanding use cases may be. Because CSPs deliver critical services, and cannot compromise quality standard or SLA commitments, the technologies and design principles that work for typical IT cloud applications cannot be applied to network services without accounting for carrier-grade requirements such as real-time, predictable performance resilience.

CSPs require a broad ecosystem and a wide choice when embracing these new technologies and the benefits they provide. As clouds and modern IT infrastructure continue their explosion of growth, the economics of traditional datacentre networking become less desirable and completely unaffordable for this type of organisation. SDN and NFV based infrastructure solutions offer both OPEX and CAPEX relief – critical in this industry.

An overlay SDN allows IT teams to create their own entire datacentre network on top of the existing infrastructure without modifying any underlying hardware. This is especially valuable in telecoms clouds where multiple tenants, be they individuals or business units, need network independence, isolation, and autonomy.

Software SDN and NFV both require Linux, which is an open, general purpose operating system, running on the commodity hardware that supports them. In our view, Ubuntu (and the Ubuntu kernel) is the platform that provides the reliability and scalability, both from a technical and a financial perspective, which enables SDN and NFV infrastructure today. In fact, more than 58% of large OpenStack clouds run on Ubuntu, and Ubuntu hosts more OpenStack cloud workloads than all other operating systems combined.

The Ubuntu family of products is also backed by various engineering enablement program providing interoperability and certifications across a wide choice of hardware platform and peripherals for a large eco-systems of vendor critical to the telecoms industry and all this underpinned with a true open source software offering.

Many networking standards are derived from the telecoms industry, so we do expect that the adoption of NFV and VNF will herald a certain amount of disruption in the market. The next industries to benefit from cloud virtualisation are likely financial services and media, industries which are growing fast, require interoperability, and operate at hyperscale.

A well-designed cloud gives you rapid scaling, dynamic deployment, and workload bursting beyond your premises. It can also allow departmental, development and operational selfservice. All of these capabilities can be employed by SDN and NFV infrastructure solutions, but realising the economic and technical benefits of a cloud requires standardisation and repeatability.

This is why Canonical developed Juju and Charms. Juju was designed to quickly model, deploy, and integrate all the components of a complex SDN or NFV infrastructure through its use of Charms. Charms give an application the intelligence to both ask for the resources it needs, as well as offer the resources it provides, and automatically connect it to other Charmed applications. This is how Mark Shuttleworth was able to deploy an entire OpenStack cloud in less than an hour.

However, a modern SDN or VNF deployment seldom remains static. Since the bundles (multiple charms) that Juju deploys are built from individually intelligent Charms, it makes it relatively easy to interchange, integrate or update specific components, or roll back to a previous bundle if things don’t go as planned. Modifications and updates can be accomplished without the need for expensive consultants, complex static scripts, or total redeployment of the solution.

The precipice of cloud deployment

The industry transition from single function, proprietary devices, to commodity, software defined infrastructure is a natural one. Economics have driven it, technological advancements have enabled it and soon it will become impossible to remain competitive without SDN and NFV infrastructure. Every organisation will have to transition, and as large telcos, network veterans and startups all choose open systems, standards, and interoperability as a fundamental, we are poised on a precipice of open source cloud deployment.

It’s an exciting time of transformation for the telco industry as it undergoes radical, disruptive change.

The author of this blog is Nicolas Lemieux, director, Information and Communications Technologies at Canonical