Utilising AI to automate and optimise 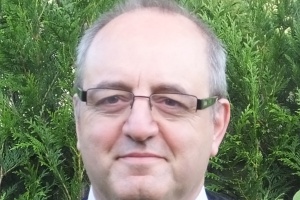 Many industries have evolved along similar paths: phases of gradual refinement, punctuated by innovations that introduce a new era, and redefine the market.

The story of manufacturing’s journey from mass production to lean has been well documented, and held up as a template for the telecommunications industry.

Of course, there must be enough decisions to make; enough data points to determine the relative merits of Option A versus Option B (versus Option C…). But that is already the case in the telecommunications industry and was before the move to a world which is software-defined and ultra-dynamic, says Dr Jay Perrett, CTO of Aria Networks.

So to truly bring the telecommunications industry to the state of an advanced industry, it is necessary not only automate, but also to scale the process of tuning the supply chain, in other words, optimising it.

With the luxury of long lead times and captive customers, questions of what and how to optimise can be answered by humans, in weekly and monthly meetings, with spreadsheets and discussion. But that is not the world that service providers work in any more.

Service providers want to deliver the best possible service level to the user, whilst keeping the associated costs of doing so as low as possible. That means determining the necessary connectivity, compute power, data centre resources in place to ensure that the service is effective for users and that peaks of demand can be met. At the same time, just like for manufacturers, spare capacity dents profitability, so service providers have to align capacity with demand. At a network level, engineers also need to factor in the implications of network failure and the impact of an outage on service levels. Of course, the delivery of telecommunications services is a real-time business, so usage trends – some predictable, others not – also feature in the optimisation process. Consumer demand for data services peaks early in the morning, at lunchtime and in the evening. This is a trend that takes place across the globe at different times. By scheduling backups or maintenance at night, service providers can more effectively optimise networks and improve profit margins.

Analysis alone does not take telecom into the next stage of its evolution. Simply knowing the numbers is not enough to close the loop on the process. The best model for what is needed is a brain. Something capable of taking many different inputs in real time and instigating the best course of action.

Artificial Intelligence (AI) is uniquely suited to this sort of problem. It is already in use for comparable challenges in the airline industry – highly capital intense, fiercely competitive and with low margins. Sound familiar? AI can compare billions of candidate network configurations to each other, in each case choosing the option that is closest to optimal and discarding the alternative until it has identified the ‘most optimal’. AI can do in minutes what would take engineers years to complete.

As service provider SDN and NFV initiatives progress, the use of AI to achieve continuous optimisation will become a distinguishing feature of the new leaders in a software-defined world.

The author of this blog is Dr Jay Perrett, CTO of Aria Networks.