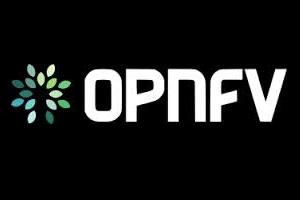 The OPNFV Project, a carrier-grade, integrated, open source platform intended to accelerate the introduction of new products and services using Network Functions Virtualisation (NFV), has announced the results of a global survey commissioned by Heavy Reading to understand network operators’ perceptions of OPNFV and how the project can help accelerate NFV transformation.

The data indicated an overwhelming majority (99%) of those surveyed agree that at just 21 months in, OPNFV is poised to deliver on its promise to accelerate NFV.

The survey was designed to gauge market perceptions of the OPNFV project, including expected outcomes, its role in shaping open source NFV, industry intent to leverage OPNFV output, and overall impact. The survey follow-up a baseline survey also conducted by Heavy Reading in September 2015. Specifically targeted towards telecommunications network operators, the data reveals an updated look at the drivers, barriers, timelines and critical upstream integration needed for OPNFV to succeed in advancing open source NFV adoption.

“It’s inspiring to see that the industry believes in the importance of what we’re doing with OPNFV,” said Heather Kirksey, director, OPNFV. “Our strong community continues to grow and thrive and while we’re still a young organisation, the results of the survey indicate we’re still on the right path. It’s important we get a regular pulse on what the industry needs so we can refine our approach, and focus our efforts on how best to accelerate open source NFV.”

The survey results, which include input from more than 90 network operator professionals–ranging from those focused on engineering, Research & Development, network planning and corporate management– to primarily based in North America, Europe and Asia, were shared on stage during the second- annual OPNFV Summit, which brings together developers, end users, and upstream communities working to advance the creation of an open source framework for NFV. More details on the survey results are available here.

Open Platform for NFV is a carrier-grade, integrated, open source flexible platform intended to accelerate the introduction of new products and services using NFV. It brings together service providers, vendors and users to collaborate in an open forum on advancing the state-of-the-art in NFV. http://www.opnfv.org.