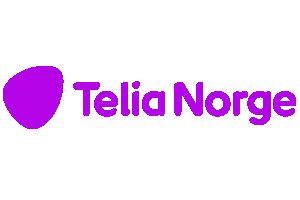 MÁSMÓVIL is to acquire Telia’s 76.6% holding in mobile-only operator Yoigo, plus all the remaining shares from the other minor shareholders totalling a 100% stake; Yoigo is currently valued at €625 million ($708.5 million).

The deal will allow Telia to focus on its Nordic and Baltic operations, says Pablo Tomasi, analyst, operators, IHS Technology, while providing MÁSMÓVIL with a nationwide mobile presence in Spain. At the end of 2015, Yoigo was the fourth-largest mobile player in the market, with 3.3 million subscriptions representing a 7 percent mobile subscription market share. IHS Technology expects the deal to receive regulatory approval, as it will benefit the market by creating a capable convergent player that will be very aggressive in expanding its market share.

In recent years, the Spanish market has witnessed a wave of consolidation, which rapidly changed the market landscape. During 2014, Vodafone acquired cable operator Ono, Movistar (Telefónica) bought pay TV provider Distribuidora de Televisión Digital (DTS), and Orange acquired fixed-line competitor Jazztel. In 2015, Euskaltel acquired R Cable. All deals were motivated by the will to expand reach and scale in the next generation network (NGN) segment and to strengthen multiplay offerings.

As part of the deal, MÁSMÓVIL obtained four-year wholesale access at preferential prices of Jazztel’s xDSL network (inclusive of ADSL, ADSL2+, and VDSL2), with a possible extension period of another four years. The transaction allowed MÁSMÓVIL to become a nationwide fixed-line player. Once Yoigo’s acquisition is concluded, MÁSMÓVIL will be also able to count on a national mobile presence.

According to IHS Technology, MÁSMÓVIL must be very aggressive in providing low-priced offers, in order to compete with the likes of Movistar and Orange. Low-priced bundles of fixed and mobile services could help the operator, by providing more appealing offers to price-sensitive segments of the population. Targeting the right areas, and wise investment in its fixed-line network, will also be crucial for MÁSMÓVIL.

By expanding through acquisition, the operator now owns a variety of different brands for mobile and fixed services across both the business and residential sectors. We expect MÁSMÓVIL to work on unifying some of its brands, while keeping separate the few that are highly appealing to selected population niches.