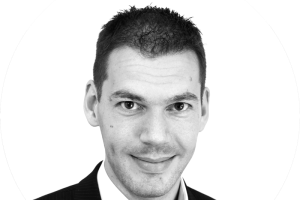 Mediation’s role is changing. In the past it’s often been considered the poor relation in the BSS (business support systems) application stack.

While it’s always been important to get mediation right from a revenue assurance perspective (since the billing process starts with usage record collection at the mediation stage), doing so wasn’t an enormously complex challenge. Thus, mediation systems were limited in scope and, well, they did what it said on the tin.

This may in part explain why there are so few specialist or pure mediation vendors. Indeed, in analyst firm Stratecast’s most recent (2015) BSS market survey, it found only one among eight tier 1 mediation vendors exclusively focused on the domain. The other seven sold billing mediation boxes as components of a larger (and more lucrative) end-to-end suite.

So why, asks Jeremy Cowan, are things now changing?

“I think, for the legacy systems,” said Danniel Elmbear, DigitalRoute’s product manager for Billing Mediation (the one mediation-only vendor in Stratecast’s Tier 1 list), “all of the key functionality has traditionally been in the adjacent systems to mediation, and mediation was just a way to integrate them and collect and push data from one to the next. But today, operators are grasping the fact that if you can combine the different systems available in the architecture in innovative ways and more fully leverage their potential, you can actually create bigger value for the customers than each system could deliver by itself.”

For instance, said Elmbear: “If you can start to count all of the dropped calls or undelivered text messages or whatever example you want to pick, and you can actually use that data to extend the data quota for a customer and say proactively, ‘Hey, we saw that you lost a few calls here so here’s another gigabyte of data to use with our compliments,’ then you can start to create value out of things that weren’t connected earlier. But you need a modern mediation application to do that.”

Over the past 10-year period the number of off-the-shelf interfaces to systems from which mediation collects data has increased exponentially. Whereas once it was a matter of collecting call data records (CDRs) from switches and routers, now mediation interfaces with multiple network elements, probes, and all kinds of different software applications upstream and downstream.

When you collect data from any of these, and a lot of it now is performance data rather than charging data, and you not only aggregate and enrich it, but actually combine the different sources of information, you have the basis for making decisions that – through policy or other mechanisms – can have a dramatic effect on improving the customer experience. This is a functional area that analyst firm Heavy Reading has referred to as Customer Experience Management.

CEM, among other things, has changed the nature of what a mediation system does, and it is in relation to this topic that you can start to shift to using the term ‘data integration’ between any sources instead of the familiar ‘mediation to enable billing’.

“Today,” said Elmbear giving an example of the shift, “a telco might come to us and say, ‘Look, I’ve just installed 20 probes from three different probe vendors into my network and I need to collect the data from them so I can take actions related to network performance.’ And mediation can handle that Use Case. It’s just collecting and processing data, albeit a different kind of data than usage records from a switch. Ten years ago, nobody would have thought to use a mediation system for this purpose.”

This moves mediation outside its traditional BSS bridgehead and into the realm of telco OSS. With the shift, mediation suddenly becomes a network performance optimisation tool rather than a pure-billing function.

For DigitalRoute, OSS is one of the fastest growing business areas. The company built various network-related interfaces (that are now available off-the-shelf) and started selling what it calls OSS Mediation functionality a couple of years ago. After a slow first six to twelve months, the product is said to be taking off like wildfire. Interestingly, around 35% of new deployments last year now lie outside of the billing domain which once accounted for more or less 100% of DR’s business.

So what are the big bang mediation deployments in this period, and where are carriers using mediation technology to achieve better results?

As well as OSS, noted above, Usage Management is becoming critical. Shifting regulatory landscapes show one example of how. When the European Union introduced Bill Shock regulations for roaming data usage, Elmbear says that many operators saw it as such a big challenge and said: “Well, we won’t comply but rather we’ll just swallow customers that overuse a limit and cap their bills.”

Others, however, came to DigitalRoute and the vendor saw a new Bill Shock Use Case deployed in just two or three months, from start to live launch. And with Bill Shock in place, operators quickly realised that the implemented functionality could be utilised to launch a whole suite of new service offerings.

In one now-live deployment (this one in North America) the telco in question had to react quickly (with only two or three months’ notice of the changing law) and it used mediation-based usage management functionality to create data buckets that allowed it rapidly to achieve compliance while protecting revenues. This solved the roaming issue.

There’s also BSS transformation, another mediation-based Use Case that as networks evolve, becomes ever more critical as enabling applications struggle to keep up. “Vodacom in South Africa is a particularly interesting use case,” said Elmbear, “not because it’s revolutionary, but because it shows the way that a lot of carriers will need to use mediation going forward. There are a lot of carriers out there who have legacy infrastructures that limit what they need to do, or want to do. They live in a world of real spaghetti; the victims of outdated and incoherently planned IT infrastructures. By using mediation as kind of a data integration pivot, by centralising all their flows, they can use it as a basis for transforming their entire BSS stack from one point.

“That’s exactly what Vodacom is doing. You can’t replace every application in your stack at once, but you can create one data integration hub as the starting point for doing that over a period of time.”

Looking ahead, Elmbear says market drivers for future Use Cases will see a premium put on quality of experience and location-based services. If you have a network that is dropping calls or giving its customers some kind of headache, it should be automatic that you get a text back or a call from the customer service department to say: “We noticed you had some dropped calls here. We want to make this up to you.”

Mediation can enable the sort of ‘don’t wait for the complaint to arrive’, truly proactive customer service that telco subscribers want. Location-based service is also going to take off. When you get to some big event or a rock concert, you can get an experience through your phone or device as well. Mediation will be active here, too, as the foundation of the use case will be collection data related to both location and activity and then integration of the two.

What else is coming next?

Something is going to happen with the cloud, Elmbear believes. “I don’t think operators are ready to go full steam ahead with the cloud. There are a lot of privacy and integrity issues that need to be solved. But we are starting to see a lot of billing vendors and services in the cloud. Virtual deployments of any kind will need to be managed, maybe not in billing mediation, but in some kind of mediation-like function. You need interactive systems, you need to loop back services, and you need to improve customer experiences.”

Elmbear concluded: “Really, as long as there are different ‘boxes’ of one sort or another making up any service chain in any industry, those boxes will need to communicate with each other. And the language of that communication is and will be data. Where there is data, mediation is quite simply a pre-requisite.

So, whether it’s ETL, or middleware, or mediation or whatever you want to call the product area, the simple fact is that data integration and management functionality is accelerating rapidly in terms of its influence within the telco domain. And we think mediation is the best place within that space to achieve a broad range of goals.”

The author of this blog is Jeremy Cowan, editorial director of IoT Now.