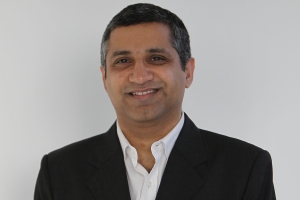 The C level quest to transform companies into digital businesses has been further enabled by consumption based IT services disrupting traditional procurement patterns.

But the core delivery mechanism of IT services – the networking infrastructure – has lagged behind this evolution, until now. Manish Sablok, head of field marketing for North West and East Europe at ALE, explained.

The growth of smart devices and apps has encouraged businesses to expect a pay-per-use approach to deliver business processes, disrupting traditional procurement patterns. But while the on-demand and consumption based approach is becoming the norm for businesses, the network or IT infrastructure so central to business and IT operations has not evolved on similar lines.

To OPEX… and beyond

For the customer, eliminating large or prohibitive upfront costs and shifting to operational cost based on usage and spread out over a solution’s lifecycle has obvious financial appeal. LAN and WLAN are central to delivering access to business critical applications as well as voice and video communications, yet the investment and operational effort required to keep the network up to date can prove a challenge to many.

Some companies or organisations might have virtually no network activity at the weekend. Some might shut up shop for long holiday periods such as schools and universities, and others, such as hotels and retail operations, are always operational but see peaks and troughs in infrastructure demand. A model that turns the network into a utility service provides the answer.

Spreading the cost over the lifecycle of the network may be the perfect solution for some organisations, and some vendors and systems providers have started to shift their infrastructure offering to a lease-based model which moves the cost directly from CAPEX to OPEX. But for some businesses and organisations, particularly those whose network usage is not fixed, this does not go far enough and a more granular on demand model is more compelling.

The Network on Demand (NoD) pay-per-use model allows firms to avoid the hefty upfront capital outlay on new networking infrastructure, but goes even further and offers greater value as businesses only pay for what they actually use – turning the network into a utility. NoD is the next step in the evolution of lean IT where organisations no longer pay for unused and underused infrastructure, but actually link their technology expenditure directly to business operations.

Some businesses may benefit from a model with a fixed fee spread out over the course of contract as they have a consistent and heavy demand for network resources – but what if demand is not evenly spread? A cloud-managed NoD Service offering from Alcatel-Lucent Enterprise has the capability to ‘meter’ and track the number of ports in use on an hourly basis – providing the granularity and flexibility businesses demand.

But what about the days where there is less demand, where there is a much smaller staff and fewer exhibitors or visitors? That’s five days of the week! While the CAPEX or even the traditional OPEX models see them paying for a network infrastructure not being used, the pay-per-use infrastructure model effectively eliminates this overspend and the value of the Network on Demand approach becomes clear.

Staying ahead of the curve

As well as improving the affordability of network infrastructure, this new on-demand delivery model enables businesses to take advantage of new technologies, faster.

Technology lifecycles are shortening with new product and application developments picking up pace. This has introduced a new challenge for organisations who want to quickly exploit new technologies to stay competitive and secure. Whether a business is struggling to acquire the skills needed to support and operate new technology, or wants access to the latest innovations, a fully managed LAN and WLAN on-demand network is the answer.

With 80% of infrastructure predicted to be on a pay-as-you-go basis within the next four years*, the new Network on Demand service now uniquely available from one of the industry’s most advanced networking companies, will enable organisations to get ahead of the curve.

The author of this blog is Manish Sablok, head of field marketing for North West and East Europe at ALE.