Why I won’t be buying an autonomous, electric, connected car 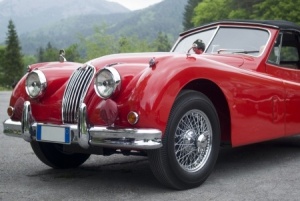 I wasn’t sure for a while but now I definitely know that I don’t want an autonomous, self-driving, all-electric, connected car.

No sirree, not for this old-fashioned classic car geek. Driving a car was the most life-changing moment of my early years and one that I have cherished ever since and I am not giving that up easily.

Cars were a status symbol and you wanted your car to stand out from the crowd, to be an extension of your own personality. You modeled it after the hottest racing cars of the day. You had big fat stripes running right through the middle and GT badges on the back. You fitted the shiniest mags and fattest tyres you could manage or afford and you laid rubber to show off your coolness. And it had to sound loud and mean just so people knew you were coming.

If you were really, really cool you had a a ‘tricked-up’ van with a surfboard rack on top (sans surfboard unless you were really loaded), lacy curtains and a sticker on the back window declaring “if the vans a rockin’ don’t come knockin’.” Ah, what memories!

But driving a car also required skill, concentration and spatial evaluation skills (mainly for parking). You used to change gears whole engaging the clutch and maintaining ‘revs.’ You had to check the oil, water and tyre pressures regularly and you knew when something when you could either hear a strange noise or the car wouldn’t go. There were no fancy sensors or microchips to do that for you.

When you wanted to go somewhere new you took a road map with you and tried to follow the lines as well as you could, or you stopped and asked for directions (if your pride would allow it). If you were really lucky you had a push-button radio or eight-track cartridge player to listen to music, followed later by the compact cassette. What a miracle of modern technology that was!

If all this connected car malarkey is true all I will have to look forward to a is bleak and boring future of being driven around by a car that you will summons from a mobile phone and the tell it where you want to go and it will take you there.

It will drive safely, take no chances and break no laws in the process and the whole time it will be relaying its every movement back to a central computer that will monitor its condition via hundreds of sensors. I will be so bored I will have to resort to watching streaming videos from YouTube and Netflix, send messages and pictures to other bored people outlining how bored I really am.

My electric car will be so quiet and so smooth I will probably fall asleep only to be gently awoken at journey’s end by a soft, machine-generated female voice and associated avatar as the car is being parked effortlessly at the final destination.

Gone will be the only excuse left for not answering a phone call or responding to an email – “sorry, I was driving when you called.” Those moments of exhilaration letting loose on the open road, taking on those curvy mountain roads, and being able to clear the head for only one function – enjoying the driving experience will only be memories.

I still want my car to be an extension of me – not me an extension of it. Give me the smell of petrol and oil, of burning rubber and the odd exhaust fume over the antiseptic qualities that a silent, autonomous electric car will deliver. I wonder if my great-grandparents felt the same giving up their horses and carts.

The author of this blog is Tony Poulos, managing editor at Disruptive Views.

Tony is a freelance writer, regular speaker, MC and chairman for the telecoms and digital services industries worldwide. He has founded and managed software and services companies, acts a market strategist and is now editor of Disruptive Views and sister publication BillingViews. In June 2011, Tony was recognised as one of the 25 most influential people in telecom software worldwide.