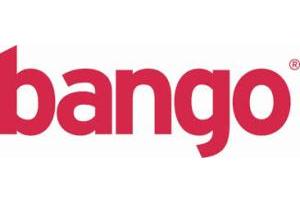 Deferred consideration, which is expected to be $35,000 (£25,000), may become payable in cash in Q1 2017 depending on the performance of one revenue stream. In addition, Bango will pay certain fees in connection with the acquisition which are expected to be $215,000 (£150,000) and relate to the migration of services from Danal. BilltoMobile services processed approximately $80m (£55m) of End User Spend (EUS) in 2015, making it the largest carrier billed payments processor in the US by volume.

Commenting on the announcement, Bango CEO Ray Anderson said: “Bango has worked with BilltoMobile as the leading provider of carrier billing in the US for five years. It is exciting to combine powerful Bango technology with BilltoMobile’s high quality service offerings for US merchants and its trusted operator relationships. This development creates a significant additional growth opportunity for Bango and its app store partners.”

BilltoMobile is currently the only operator service integrated into all four major US mobile network operators (MNOs), covering over 300 million connections. It processes carrier billing payments for app stores and major merchants including Google Play and Microsoft. In the past year, MNOs that have adopted Bango Boost technology have gained between 20% and 70% further growth in revenue. Partners previously using BilltoMobile services now have the opportunity to apply this Bango technology to substantially grow their carrier billing revenues in the US.

Bango is the leading supplier of carrier billing for the global app stores, and has achieved significant success growing revenues for its partners worldwide using unique Bango technology. EUS grew by more than 100% over 2015 and is expected to grow more than 100% over 2016, before the added EUS from this acquisition. The migration of BilltoMobile services to the Bango Payment Platform, which is highly scalable and able to support at least 15x current EUS levels, will add substantial additional EUS, with no additional operational cost after migration.

The fees generated from the BilltoMobile services expressed as a percentage of EUS are similar to Bango’s current blended margin on EUS. Customers will be supported by Bango staff in the US and other locations as required. No staff, equipment or premises are being acquired. The annual loss attributed by Danal to the assets being acquired is approximately $850,000 (£590,000), however as Bango management expects to operate the BilltoMobile services within the current Bango operational cost base and platform, the acquisition is expected to make a significant contribution to the performance of Bango in 2016 and beyond.

Danal and Bango expect to continue collaborating in the future, with a view to enabling Bango partners to benefit from Danal’s world leading position in mobile identity solutions.

Application will be made to the London Stock Exchange plc for 586,095 Ordinary Shares of 20 pence each in the capital of Bango to be admitted to trading on AIM. It is expected that admission to AIM will become effective and that dealings will commence on 13 May 2015.

The assets acquired by Bango include the BilltoMobile service offerings with associated contracts and intellectual property licenses. The services will be transparently and securely migrated from existing datacenters over to the Bango Payment Platform and Bango datacenters. Key partners have already agreed to assignment of their contracts from Danal to Bango.