Smart cities may soon have vital IoT integration architecture, to make them smart and cities 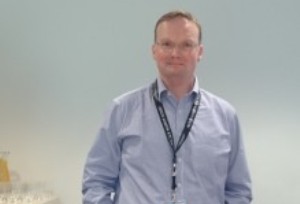 For now, smart cities are seldom truly ‘smart’, and often aren’t full cities. They’re still more a goal than a reality – apart from this the name’s OK. Well, all that may be about to change, says Jeremy Cowan.

To be clear, by ‘smart’ I mean integrated applications, sharing intelligence from multiple sources. The full value of smart city developments will only come when data from multiple sensor networks is stored in a single, vast, uniform data resource, sifted and analysed to enable, for example, rain data to inform applications not just in weather reports and forecasts, but traffic and transport management, or air and water quality monitoring. For that to happen we need to break out of the false borders of siloed data, and to integrate data feeds from multiple sensors and devices, geographies, and providers.

We also need to engage not just enterprises as data feeds, but the consumers of data too, through crowd-sourcing.

Don’t get me wrong. IoT Now shares the excitement and conviction that smart cities are going to bring city dwellers extraordinary development opportunities, and similarly impressive commercial opportunities for business. It’s just that, despite the industry hype in some quarters, we aren’t there yet.

At last week’s M2M World Congress in London, an event dominated by network operators, there were frank discussions about the roles that communication service providers (CSPs) should – and should not – play in the Internet of Things (IoT). (See our report: Do you need a crazy, IT-addicted mayor to develop a smart city?)

IoT Now asked an operator panel if telcos were well placed to capitalise on smart city initiatives, given their integration expertise learned from managing siloed voice and data services over the last decade. Bringing together applications involving diverse industries such as energy and water utilities, traffic control, environmental controls, and waste management, should come naturally to them, shouldn’t it?

The operators, however, showed a noticeable reluctance to claim any such expertise, pointing instead to system integrators (SIs). Logic says the SIs are important, but are they the full story?

Where, for example, are the application integration platforms that will filter the ‘big data lakes’ so that cities benefit fully from the information available to them? And if SIs have already brought multiple network operators together in single city-wide deployments they’ve done a good job of keeping it hush-hush.

The role of an IoT Architecture Stack

Yesterday IoT Now was invited by Spirent to Aston Martin‘s headquarters near Warwick in the English Midlands. (You’re right, there are tougher gigs. I left with an Aston Martin … er, notepad and pen. JC) You can read about their key announcement on this site today (See separate report today: Spirent and Aston Martin Racing continue technical partnership for 2016 World Endurance Championship.)

Towards the end of an interesting presentation, Spirent’s Stephen Douglas, IoT Solutions & Technical Strategy Lead, said his company is involved in Lifecycle Solutions and “is working to develop, certify, launch and operate IoT applications”.

That means simplifying and accelerating IoT adoption through standardised developer and interoperability tools, making IoT safe and secure through intelligent certification and security testing with service assurance, and finally taking control through remote cloud management and big data analytics. But what does that mean in practice, you ask. Effectively, although they don’t call it this, Spirent is offering System Integrators a smart city platform, enabling them to “bring together transport, waste, and environment solutions. It’s not a platform, but an IoT Architecture Stack.” And asked by IoT Now if they could provide this to an SI today for smart city deployment if they were asked, Douglas said some elements are coming later this year but they could start now. Spirent are currently most active with SIs in Europe and the US.

The solutions run up through the IoT Architecture Stack. Spirent now offers operational and test solutions down at the device/gateway level, working up through networks & connectivity, analytics & big data, processes & platforms, right up to the application layer.