What would ‘Brexit’ mean for the UK’s mobile sector? 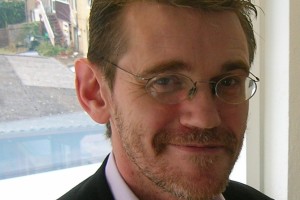 On June 23, 2016, the people of the U.K. will vote in a referendum on whether they want the U.K. to remain a member of the European Union (EU) or to leave.

A strong vein of anti-EU sentiment, and the likelihood of some status quo voting apathy, are combining to make a British exit from the EU (colloquially referred to as ‘Brexit’) a distinct possibility. What would Brexit mean for the U.K.’s mobile industry?

In the mass market, which accounts for the bulk of operators’ revenues, the impact is unlikely to be substantial. Telecoms services are mostly intranational markets already: that is, people buy telecoms services from operators in the country where they live, says IDC analysts, John Delaney, Rosalind Craven and Laura Petrone.

In the absence of very much importing or exporting of telecoms services, the consequences of Brexit on the U.K.’s international trading agreements and regulations would not affect the bulk of operators’ business. The main exception is multinational companies, which frequently source mobile services from an operator outside their base country.

In practice, though, Brexit is unlikely to have much of an impact in this case either. Multinationals are served by multinational operators and/or groups of operators that have commercial agreements with each other (e.g., Freemove). Brexit need have no significant effect on these arrangements.

On the operational level, Brexit could cause some short-term headaches for Vodafone, a U.K. company with operators in several EU countries. It could have a similar (though lesser) impact on Telefónica, a Spanish company which owns an operator in the U.K.

Some adjustments in accounting rules and procedures, for example, are likely to be required. However, both Vodafone and Telefónica already have substantial operations outside the EU, as well as within, and so they are already accustomed to the operational requirements which that entails.

Brexit would be unlikely to have much impact on the structure of the U.K.’s mobile industry either. The main pending regulatory decision in this area, concerning the proposed takeover of O2 by Three, will have been taken by the European Commission before the Brexit referendum happens.

During the course of the debate, both of the relevant U.K. regulators — Ofcom and the Competition & Markets Authority — have made it clear that they oppose this merger, because they fear it will lead to higher retail prices for mobile. Thus, a shift from the EU to the U.K. for approval of future proposed mergers is unlikely to result in a departure from the current pro-competition/anti-consolidation bias. (The U.K. regulators’ stance could change in future, of course, but then so could the EU’s.)

More generally, it is possible that over time, U.K. telecoms regulation could diverge from that of the EU in some aspects. At present, the U.K.’s regulatory regime is formed within the envelope of the European Telecoms Framework (ETF). With the U.K. outside the EU, consistency with the ETF would no longer be an obligation for Ofcom. There are some detailed aspects which Ofcom might, over time, decide to depart from.

For example, the ETF draws a distinction between “content” and “electronic communications services.” It is possible that Ofcom may decide, post-Brexit, to soften the distinction so that it can take a more coherent approach to the regulation of the increasingly popular multiplay service packages that operators offer. Overall, however, we do not believe that radical departures from the main principles of the ETF would be likely, at least not in the short/medium term.

The U.K.’s mobile industry is mature and relatively successful, and for the most part there is no obvious hindrance whose removal would benefit either the demand side or the supply side of mobile in the U.K. Moreover, an overhaul of the ETF is currently under discussion within the EU’s broader Digital Single Market Strategy. The extent to which the regulations proposed by the Commission will be approved by the European Parliament and the EU Council (member states), and then implemented, will be decided during this year.

A number of the issues involved are of strategic interest to mobile operators in the U.K., including spectrum harmonisation, a levelling of the playing field between telcos and OTTs, and network modernisation. These are all topics on which EU member states are trying to achieve a common regulatory approach, and in the case of Brexit, it is unlikely that the U.K. would diverge very much from the EU framework. It would, however, become harder for the U.K. to influence the development of the Digital Single Market Strategy if it were outside the EU.

In the near term, the main regulatory impact of Brexit — indeed, the main impact on mobile overall — is likely to be in the area of international roaming. For the past several years, the European Commission has been imposing a progressively lower series of price caps on the extra charges that mobile operators in EU countries can levy when their customers travel to other countries within the EU.

At present, the caps are €0.05 per minute for outbound calls, €0.01 for inbound calls, €0.02 for texts, and €0.05 per Mb of data. From June 2017, intra-EU roaming charges are due to be abolished altogether: EU citizens will pay the same to use their mobiles in other EU countries as they do in their home country.

Does this mean roaming to the EU will become costlier for U.K. customers in the event of a Brexit? Possibly, but not necessarily. To some extent, U.K. mobile operators have already started to treat the prospect of a decline in roaming revenues as a marketing tool, through offerings such as Three’s “Roam Like Home.”

It may be that competitive pressure will deter operators from being the first to change the direction of travel back toward more expensive roaming. And if it does not, regulatory pressure may do the trick instead. The European Commission is currently reviewing the future of the wholesale market.

In the recently published first-stage consultation, the larger operators asserted that the wholesale market for roaming is already very competitive, and that wholesale roaming charges are now at or near cost. The smaller operators and MVNOs demurred, arguing that further intervention is needed to bring wholesale charges down.

Either way, if U.K. operators do maintain (or even increase) roaming charges for EU travel post-Brexit, they may find that Ofcom intervenes to find out why they are increasing their retail prices in an area where, by their own assertion, the associated costs are low and getting lower.

There are a lot of “maybes” in play here. But one thing is clear: Brexit would change intra-EU roaming charges from a certain situation to an uncertain one. While the U.K. remains an EU member, U.K. citizens will be legally entitled from mid-2017 to pay the same for using mobile services when they travel to EU countries as they do when in the U.K.

In the event of Brexit, that legal entitlement will end. It may be that a series of commercial arrangements will be agreed that have the same effect. Or it may be that they will not. Alternatively, Ofcom might intervene to try and limit roaming charges for U.K. customers when travelling in the EU. But the case for intervention is far from straightforward, and its likely outcome far from certain.

The authors of this blog is IDC analysts, John Delaney, Rosalind Craven and Laura Petrone.