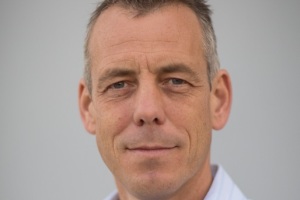 WhatsApp made headlines recently when it announced that it was to provide end-to-end encryption on all its users’ messages, file transfers and voice calls, rendering communications unreadable if intercepted by criminals or law enforcement agencies.

The announcement has brought the issue of encryption further into the mainstream following Apple’s battle with the FBI and the return to prominence of the “Snoopers’ Charter” in the UK. End-to-end encryption is already proving problematic for intelligence agencies pushing for “backdoors” through which they can decrypt communications shared by terrorists using platforms such as WhatsApp.

More than anything though, WhatsApp’s announcement reflects a growing awareness among consumers and enterprises of the purpose and merits of encryption. For some, encryption is a matter of personal security, or to ensure corporate information remains confidential. And for some of course, unfortunately, it’s about hiding malicious intent and illegal activity. Generally however, nobody likes having anyone listening in to their conversations that shouldn’t be.

The “hackability” of mobile communications is well publicised. Over the years, phone hacking scandals have made headlines in many countries, and more recently the full scale of network vulnerabilities have been shared and demonstrated publicly.

Just last year, for example, it was revealed that a group of hackers based in Germany were able to record mobile phone conversations and track the movements of a prominent politician in Australia by exploiting flaws in the phone signalling system known as SS7, which enables calling and messaging between different operators and makes roaming possible. Just recently (April 17th 2016), CBS broadcast a similar program demonstrating these flaws.

In order to avoid situations such as this, more and more people are turning to apps such as WhatsApp that provide encrypted communications for those that want their conversations to remain totally private.

This increasing use of encrypted comms will no doubt be of significant concern for national security and law enforcement agencies. It will also, however, be a concern for mobile network operators across the globe who are at risk of losing relevance as communication service providers and face becoming reduced to simply connectivity bit-pipe providers. To address this, mobile network operators are already deploying solutions from companies like Xura to strengthen the security of their networks, particularly with regard to SS7 vulnerabilities, to protect their subscribers from unlawful interception of their communications and from other forms of snooping.

Subscribers on those networks with enhanced security will be able to enjoy extra privacy without giving up the ability to call any phone number, anywhere in the world, unlike users of platforms such as WhatsApp, where communication is limited to those that have the app.

In a climate where consumers and corporations are looking for ways to maintain the privacy of their communications, operators adding that extra level of protection valued by subscribers now more than ever will help them retain their relevance as communication service providers.

The author of this blog is Mark Windle, Strategy & Marketing director at Xura.