VoLTE deployments – the truth behind the delay 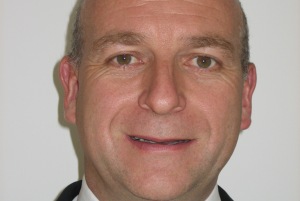 Given everyone in the telecoms industry is now fully aware of the potential financial, operational and customer benefits of VoLTE, the continual delays in deployment have come as a surprise. By the end of 2015, there had been 40 commercial deployments of VoLTE across the globe, many of which remain as limited location trials.

With so many operators still maintaining that they are planning to launch a VoLTE service, why are we still not seeing the progress we’d expected by this point?

According to existing tests, the majority of VoLTE calls have excellent audio quality, however if something else goes wrong, it has a detrimental impact across the board. Even the most minimal temporary packet loss in a VoLTE call can cause an intolerable experience for the user.

And call audio quality isn’t the only issue – research has shown that VoLTE call set up times are not as fast as expected. Moreover, switching the device between 2G, 3G and networks can also lead to an unacceptable window of time in which a device cannot be reached. And since LTE is not yet ubiquitous in most regions, this is bound to happen quite frequently.

The technical challenges of a sporadic LTE network

Operators currently investing in, and providing VoLTE services each have different capabilities and varying levels of LTE network infrastructure on which to provide a VoLTE service. Many of them have had to make modifications to their infrastructure in order to pass the certification process.

Once this is achieved, operators will inevitably still need to connect to multiple older networks, enterprise networks and other service providers. This complexity makes interoperability another huge challenge, implying a need for intermediary elements.

Introducing mediating signalling has the potential to resolve the concerns on voice quality and quality of experience (QoE) through advanced audio processing. To manage this complexity, many operators are putting in place OSS management tools that can provide a complete VoLTE network end-to-end view (across all solution components), monitoring the service performance with an end goal of improving the QoE over time.

Certainly, sporadic or geographically patchy LTE coverage (concentrated on specific urban markets with a fall-back solution) is one reason why we haven’t seen a quicker drive to VoLTE. As more digital spectrum becomes available, the coverage issue will eventually be resolved. However, while limited LTE network rollout may be one explanation for the delay, it cannot explain it entirely.

Is there any money left in voice?

Another major issue is defending the case for more investment in voice technology in the current landscape. Overall voice revenues are on the decline due to the popularity of services such as Skype, and the effects of competition and regulatory intervention on termination rates (e.g. roaming in Europe).

Carriers will have a difficult time actually charging for VoLTE services, and introducing expensive video calling plans is not a viable option when subscribers have been used to getting this for free with OTT players.

Another major financial challenge operators face is the deployment of IP Multimedia Subsystems (IMS) required to support VoLTE. The adoption of IMS has been somewhat slow and disappointing, and while there are many IMS deployments today, it didn’t quite deliver on its initial expectations (allowing OTTs to gain influence). Network operators have had to wait for the technology to become stable, and the standard fully ratified, diminishing the prospects of launching advanced new services.

Despite all these challenges, VoLTE is still making progress, albeit quite slowly. 2015 saw VoLTE deployment go from 16 to 40, proving that VoLTE is still a technology jump that remains on the cards. As the many pieces of the VoLTE jigsaw come together, the delay in deployments should see a U-turn going into 2016 and beyond.