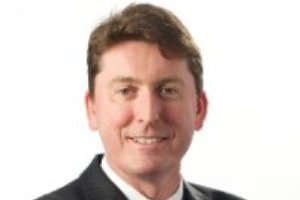 Prior to joining Openet, Damian served as SVP Worldwide Sales at MobileIron, where he drove record sales results. Preceding this role, he served as president and general manager of Polycom Americas, a business that achieved more than $700m in annual revenue. At Polycom Damian’s responsibilities included direct sales, a channel of 1,000+ partners, and worldwide sales enablement and operations. “Damian has consistently demonstrated his ability to lead sales organizations through growth periods, in a wide variety of disparate market segments,” said Niall Norton, CEO at Openet. “He has a track record of developing and attracting strong talent globally, is passionate about solution selling, and has deep experience with both direct enterprise and two-tier channel sales.”

Damian joined Polycom after eight years at Wind River, where he served as SVP of Worldwide Sales and Services. During his time at Wind River he was responsible for growing sales by almost 100% over a three year period.  Damian earned a BSc in Electrical/Electronic Engineering from Queens University, Belfast.

“Sohil has played a pivotal role in Openet’s international expansion to date, and brings a great depth of international experience to his global role,” said Niall Norton, CEO at Openet. “We are undergoing an exciting period of growth, and are confident that the addition of talented new members to our executive management team will help us bring our ambitious vision to fruition.”

Sohil Sami has more than 20 years of experience in the delivery of strategic software projects for telecommunications providers, cable companies and other software customers across both North and Latin America. He holds a B.A in Economics from George Mason University.