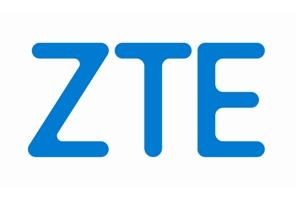 The Group reported net profit attributable to holders of ordinary shares of the listed company of RMB3.21 billion for 2015, with basic earnings per share amounting to RMB0.78. The Group’s operating cash flow was RMB7.405 billion according to PRC ASBEs, was an all-time record for the Group. While the cash dividend totaled RMB1.038 billion was the highest ever in the history of the Group. Huawei reports 2015 revenues of US$60.8bn as strategic focus and investment lead to new tech and sustainable growth.

A major highlight for 2015 was the rapid growth of the group’s Smart City projects as well as its data centre and ICT businesses, which are key pillars of ZTE’s M-ICT vision and strategy to offer converged technology solutions and innovation in the era of mobile broadband and the Internet of Things.

In 2015, domestic carriers expanded the scale of construction of planned 4G networks and their ancillary facilities following the issuance of FDD-LTE permits. Carriers were increasingly concerned with and increased their investments in Cloud Computing, Internet of Things, Big Data, Smart City and high-end routers, although investments in equipment remained focused on wireless, transmission, access and broadband sectors.

The trend of growing equipment investment in the global telecommunications industry continued in 2015, with enormous opportunities for innovation provided by Industry 4.0, Smart City, informatisation of the medical sector, informatisation of the education sector, mobile e-commerce, agricultural modernisation and other developments.

The Group’s global operator strategy targeting the top 125 carriers generated over 25.2% growth in revenue from the largest providers in Europe and the US. In Europe, significant partnerships and initiatives were forged with Spain’s Telefonica, Hutchison Drei Austria, Telenor in Norway and Dutch carrier VimpelCom.

For carrier networks and wireless products, the Group persisted in prioritising and breaking into the high-end markets of Europe and North America with cutting-edge innovations in Massive MIMO, Cloud Radio, QCell, UBR and Magic Radio technologies.

The Group also made significant breakthroughs in the research of key 5G technologies and successfully deployed its commercially ready Pre-5G technology. ZTE has successfully partnered with China Mobile, Softbank, Deutsche Telekom, Orange, KT Corporation and U Mobile in 5G and Pre-5G initiatives.

In connection with wireline and optical communications products, the Group sustained stable growth thanks to dedicated efforts in product innovation and solution operations. The growth also stemmed from ongoing improvements in product competitiveness, leadership in terms of new technology categories, optimised global market development and the reinforced strategy of focusing on populous nations and mainstream carriers.

In connection with cloud computing and emerging ICT technologies, the Group strengthened its R&D and investment in RCS, Big Video, Cloud Computing, Big Data and Internet of Things as core elements of its M-ICT master strategy. The establishment of data centres in domestic and international markets was expedited and breakthrough achievements were made in the research of cutting-edge developments such as Big Video solutions and smart Q&A systems.

The Group persisted in the shift of focus to consumer products and an Internet-driven mentality. ZTE smartphone shipments totaled over 56 million, growing 16% year on year, with overseas shipments exceeding 70% growth and establishing market leadership in several major countries.

In 2015, ZTE sold 15 million smart phones in the US, growing over 30% year and breaking into the top four providers. ZTE ranked number one in the paid market in Australia; third in Russia (10% market share), and top 4-5 in Turkey, Mexico, South Africa.

“Multiple connections and ultra-broadband” will become the new trademarks of the M-ICT era which is driven by the mobile inter-connection of all things. The development of the traditional telecommunications industry will be confronted with increasing opportunities as well as challenges. In connection with carriers’ networks, the increased sophistication of 4G technologies has provided a tremendous boost to users’ demand for smart mobile terminals and all types of mobile applications which has in turn driven investment requirements in the telecommunications industry.

Such developments will present new opportunities to ZTE and the industry as a whole. In connection with government and corporate business, the information revolution has been triggered by new technology trends such as cloud computing, the Internet of Things, Big Data and the development of “Internet+” in China. In addition, the government’s emphasis on information security, as well as the accelerated pace in the construction of smart cities, digitalisation of railway transport, and informatisation of the energy sector will also present new opportunities for development.

Given the challenges and opportunities described above, the Group will seek to “add value through information by leveraging opportunities present in the age of restructuring” in 2016, focusing on three major strategic directions, namely “in-depth development of the carriers’ market; value creation in government and corporate business; integration and innovation in the consumers’ market”, and driving business development in the “new sectors”.

ZTE will enhance its efforts in innovation and transformation and continue to strengthen project management to foster core competitive strengths in M-ICT and assure positive, sustainable development for the long term.